I’ve never been an optimist. Our country, our planet, democracy in general — we’ve got big problems, now and for the foreseeable future. The pandemic brought out the best in some of us, and the worst in too many others.

Yet, weirdly enough, I’ve never been more hopeful about one thing: Pittsburgh.

Despite our myriad difficulties as a city and region — inequality, pollution, racial inequity, Covid (which is nowhere close to being over) — we’ve made it through some hard times together. And while these lingering issues are daunting, they’re not insurmountable; we can even see progress if we squint a little.

Here’s why. We’ve fixed one of our hardest, most intractable problems.

I was born here. I remember the bad days (vaguely — I was a kid), and vividly remember having to move away when the steel industry died. My dad worked for Wheeling-Pittsburgh Steel, which no longer exists. Hundreds of thousands of jobs just vanished.

Yet, Pittsburgh remade itself, in the labs at the University of Pittsburgh and Carnegie Mellon University, the hospitals, the foundations and financial institutions, and at the grassroots core, via community organizing and determined individuals.

The most recent Census showed that Allegheny County and the region in general have stopped losing population for the first time in my lifetime, turning the corner toward growth.

That’s why I’m pro-development, in most instances (though I strongly advocate for historical preservation). Pittsburgh needs people. It needs new taxpayers, new blood, new ideas, if it’s going to thrive in the coming decades. If it doesn’t get them, it will fail again.

The Garden Theater block with the 40 W. North groundbreaking on the right. Photo by Mike Machosky.

This is not a universally popular position. I understand the instinctive distrust of developers (earned, in many cases), and worries about rising rents and gentrification.

You know what helps alleviate that? More housing. Of all kinds.

Affordable housing, of course. But also even the dreaded luxury condos/apartments. They seem to be selling/renting just fine, and market-rate housing has been found to reduce the upward pressure of the rents and prices of older, existing properties.

Yes, Lawrenceville and East Liberty are probably gone for good as affordable places to live, with few exceptions. The era of $40,000 (or even $5,000 homes, seriously) in Lawrenceville is over. I once rented on the South Side for $75 a month in the mid-1990s, sharing an old row house near the remnants of J&L Steel with two roommates and several dozen cockroaches. I don’t miss them (well, the one roommate I miss. The other one I married. And nobody misses the cockroaches.)

But Pittsburgh has 90 neighborhoods, and there are plenty of places like the West End, Hilltop, California-Kirkbride, and just-outside-the-city locations like Wilkinsburg and McKees Rocks that desperately need people, and aren’t out of reach for a working-class family. Don’t sleep on Fairywood!

Big things are happening, all at once, all over Pittsburgh, from the $100 million BioForge at Hazelwood Green to Carrie Furnace to the Strip District. The city is changing fast, which can be disorienting and disturbing.

The Highline (formerly known as the Terminal Buildings) on the South Side. Photo courtesy of McKnight Realty Partners.

But as someone who lived through the days when it seemed like nobody wanted to be here — I’m OK with our newfound vitality. In particular, I love to see when a beautiful, distinctive old building gets preserved and redesigned for a new purpose, like The Highline on the South Side, the old Ford plant in Shadyside (becoming a biomedical research hub), the Hunt Armory (now an ice rink) in Shadyside, and the former Rockwell complex in Point Breeze. 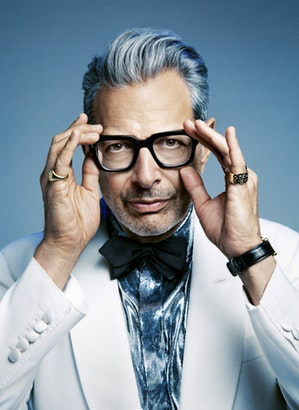 You know the cliche, “a kid in a candy store,” right? Well, that’s me, when there’s a new bookstore or record store that opens. I think Pittsburgh has better record stores than just about any city I’ve ever visited — and I look for them everywhere I go. Our bookstores, however, have been comparatively underwhelming — but this year we have made huge strides. This has been on my wish list for a better Pittsburgh for a while, along with better new architecture and the return of music festivals.

I’ve been trying to create the ultimate Pittsburgh bookshelf for a few years now, and added several new titles this year, such as “An Alternative History of Pittsburgh” by Ed Simon.

I also really had no idea that Pittsburgh was so packed with vintage clothing stores until I started looking for them (though I was dismayed to find stuff from the ‘90s is now considered vintage.)

It was thrilling to see the return of live (indoor) music in 2021, and I love to dig through the upcoming shows to pick out my favorite concerts each month (here’s December and January!). After a solid year of writing about Covid nearly nonstop, I’m so glad to be back in my wheelhouse again.

I also love to eat, and though I mostly stayed out of restaurants this year (with an unvaccinated kid at home), I still sought out Pittsburgh’s best vegan and vegetarian spots, pierogies, doughnuts, and remarked upon the transformation of Squirrel Hill into a paradise for Asian food.

Plus, I tried to rank all of Pittsburgh’s best restaurant rows, both established and emerging.

Curiously, the most-read thing I wrote this year wasn’t about the city at all. It was about the wealth of weird small towns, from Mars to Ligonier, in Western Pennsylvania. I could easily do 10 more in Pennsylvania off the top of my head (look out, Nanty Glo!), and probably will.

Another thing I love to do is talk to older people. Specifically, the World War II generation has my total respect, and I really enjoyed my chat with Julia Parsons, who was a codebreaker for the Allies. I come from a family of Nazi-fighters — my grandparents met when my grandpa’s plane was shot down (for the third time!) and my grandmother nursed him back to health — and I love to learn about that era.

Julia Parsons with her group of codebreakers at the Naval Communication Annex, part of the former Mount Vernon Seminary and College, in Washington, D.C.

I’m more ambivalent about the future of self-driving vehicles. I buy the idea that they will be vastly more convenient and safe, but they are likely going to put a lot of people out of work. (The most common job in almost every state is truck driver.) But they are probably inevitable at this point — and Pittsburgh at least stands to benefit, due to pioneering work at CMU that goes back to the 1970s. Better here than Silicon Valley or Singapore or somewhere else, right? (If the robots rise up in a “Terminator”-style rebellion, I retroactively rescind my support.)

I mean, Pittsburgh is fine and all. But it’s not like we’re curing cancer. (Oh, wait. We are.)

As I look back at 2021, maybe there’s a simpler solution to solving the big picture, worldwide problems. Instead of waiting on the world to change, we just work on making this small corner of the world around us better.

Maybe Pittsburgh was just lucky (after being tremendously unlucky); maybe we’re a special case that cannot be repeated. But maybe — just maybe — we can point the way forward for other post-industrial cities recovering from economic collapse.

If not, well, if George Romero has taught us anything, Pittsburgh isn’t a bad place to ride out the apocalypse (zombies or otherwise), either.