At last year’s OpenStreetsPGH, Mike Carroll started his day with a Tai chi class, a different way of moving for him. Carroll, one of the event co-chairs, was one of 4,000 people downtown on bikes, roller blades, boards and on foot for the free event where a half-mile of Sixth Street was closed to cars.

“It was a snapshot to introduce the concept of OpenStreets to Pittsburgh,” he says. “This year, it’s really about connecting neighborhoods.” When OpenStreetsPGH returns on May 31, for the first of three events, it will stretch a total of 3.5 miles, from Market Square up Penn Ave. through the Strip District and ending at Allegheny Cemetery in Lawrenceville.

“We want to create a safe atmosphere for people to explore from neighborhood to neighborhood,” says Carroll, the event manager at BikePGH, the nonprofit that is spearheading the OpenStreets effort. “Families can bike the seven-mile round trip in about an hour. We are bringing the scale of the city down to people size.”

Part of the big picture is to reimagine city spaces and how we use them.

“We tend to think of roads as a place to move our car from point A to Point B—or from parking lot to parking lot,” says Carroll, “but they can be used as a space for people to be active and healthy and check things out.”

“Our streets are public spaces and one of the most valuable assets in our communities,” says Scott Bricker, executive director of BikePGH. “OpenStreetsPGH is an opportunity for people to experience their streets in a new way.”

Like live music and dance lessons. Last year, Open Streeters could catch a swing or salsa class. One of Carroll’s highlights was dancing with his wife.

“The dancing brings that energy and community element we want at OpenStreets,” says Carroll. “We want people to come down—and when they leave, have a big smile on their faces.”

OpenStreets, which is now in more than 100 cities, is part of the global Ciclovia movement. Ciclovia—which means cycleway in Spanish—has its roots in Bogota, Colombia where they close the streets every Sunday for seven hours.

In Pittsburgh, plans are to close the streets the last Sunday of May, June and July from 8 a.m. until noon. There will be 12 intersections where traffic can cross. 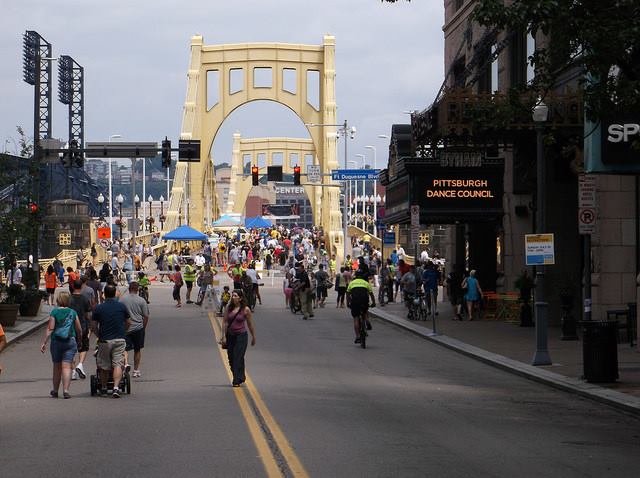 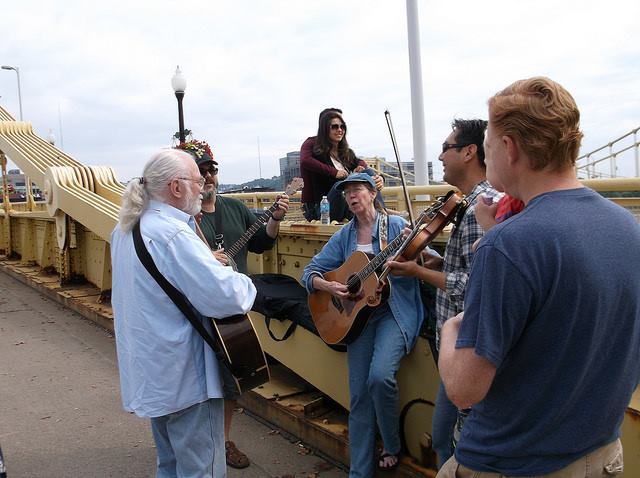 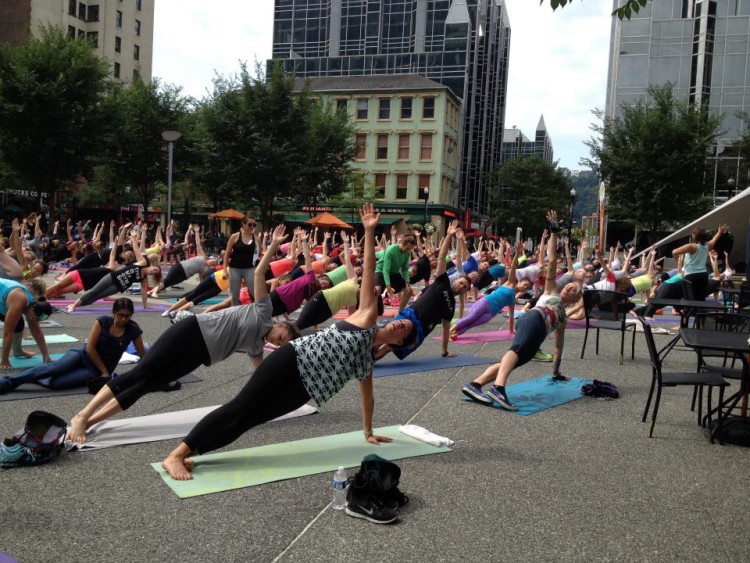 “We hope to hear people saying, ‘we want this in our neighborhood,’” says Carroll.  “We’re excited to bring this to other communities and partner with community groups” to help the OpenStreets concept grow in future years.

Highmark and the Colcom Foundation are sponsors and more than two dozen organizations and individuals are on the volunteer committee including Pittsburgh Downtown Partnership, Lawrenceville United, The Pittsburgh Cultural Trust and Red House Communications.

Want to volunteer? “We still need help on all sorts of projects,” says Carroll.