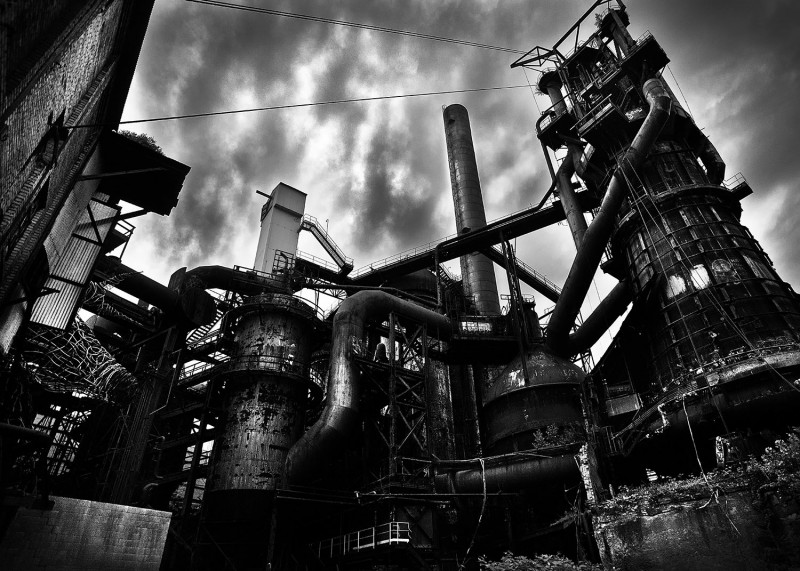 This is a big one, and could finally see some movement this year. (Or not. It’s a famously difficult site with a lot of competing interests). Currently, the rusting hulk of a steel mill looms over the Carrie Furnace property, drawing everyone from history enthusiasts to movie productions to its decaying Rust Belt grandeur. The latter may point a way forward for the site — the RIDC-owned property is being touted as a potential landing spot for a movie studio by the Pittsburgh Film Office to support the city’s growing status as a hub for film and TV productions.

Carrie Furnace has already seen $35 million in infrastructure built, though more is needed. The plan is for tech-flex space, which can accommodate both robotics and manufacturing.

Rendering (screenshot) of a proposed Strip District office tower submitted to the Pittsburgh Planning Commission on behalf of developer, JMC Holdings, on Sept. 15, 2020.

If there’s one project that seemed least likely to succeed, it’s this one. This massive concrete windowless monolith (best known for its grinning Wholey fish sign) is built like a fortress, and it’s so ugly and awkward that nobody has found a use for it for years. It’s currently being demolished, which means that the owner, Acram Group, is moving forward with plans to build a 21-story, 525,000-square-foot, glass-walled office tower on the site. It has drawn some opposition, including from the outgoing mayor, for not fitting in with the Strip — though it’s hard to say what a giant, empty concrete bunker contributes.

It’s planned to meet a number of the highest standards for green buildings, health and wellness. At this point, it seems impossible to predict the future of office space anywhere, though this site has the advantage of being right between Downtown and the booming Strip District.

Rendering of Brewers Block courtesy of RDC and Desmone Architects.

This is the only purely residential project on our list — but it was chosen not only because of its size but because of its location, bridging Polish Hill, the Strip District and Lawrenceville with a giant, pedestrian-friendly apartment complex that would sit adjacent to the old Iron City Brewing site. Currently, Liberty Avenue functions as a high-speed freeway through several densely populated neighborhoods, which is not ideal for many reasons. Designed by RDC and Desmone Architects, Brewers Block could finally tie these neighborhoods together with something unique — three six-story residential buildings containing 377 market-rate units, 2,3000 square feet of ground-floor retail, a 316-space parking garage, 40,000 square feet of indoor/outdoor amenity space, and something they’re calling “Pittsburgh’s first activated alley” — which apparently means a common area between the buildings for events and recreation.

Rendering of The Assembly.

In 1915, Ford’s Model T represented one of the world’s great leaps forward in technological advancement, using the emerging science of assembly-line production to create a vehicle that was affordable to middle-class Americans. A key part of that was the eight-story Ford Motor Company Assembly Plant in the Bloomfield/Shadyside area on Baum Boulevard, along what was once known as Pittsburgh’s booming “Automobile Row.” Now, that same building, renamed The Assembly, will pioneer Pittsburgh’s newest high-tech developments in cancer biomedical research and commercialization, anchored by the University of Pittsburgh.

At 355,000 square feet, it’s one of the largest adaptive reuse projects in Pittsburgh. The original brick structure is 250,000 square feet, augmented by a 105,000-square-foot addition. It’s expected that more than 1,000 people will work there in cutting-edge biomedical research when it’s finished in 2022.

Nearby, UPMC is planning to start construction for an even larger medical building, a 900,000-square-foot, 636-bed building on the site of the former Children’s Hospital in Oakland. In Uptown, the nine-story 410,000-square-foot UPMC Vision and Rehabilitation Tower is expected to open in 2023, which is intended to make Pittsburgh a leader in vision care in the eyes of the world.