The late, beloved rapper Mac Miller got started at the late, beloved Shadow Lounge in East Liberty. In fact, just about every musician you love got their start playing small venues in their hometown, before touring a similar network of venues around the country.

“Live music plays a vital role in a city’s identity, offering a sense of pride and belonging to people,” says Leigh Yock, co-owner of Spirit in Lawrenceville. “Could you ever imagine a North Side without the Banjo Club? A Lawrenceville without Molly Alphabet? The ’80s and ’90s without The Decade or the Electric Banana? South Side without The Rex? You’d be left with one giant suburb. A condo within a condo.”

Independent venues are an essential part of the musical and cultural fabric of a city. However, 90% of those venues could be wiped out by COVID-19, according to the National Independent Venue Association (NIVA), which formed at the beginning of the shutdown in March. It includes more than 2,000 venues and promoters from all 50 states.

NIVA estimates that 53% of Americans, or 172 million people, attended a concert last year. Then, one day in March, everything stopped.

“March 13th, 2020 seemed to kind of be the day the industry ‘went dark,’ says Adam Valen of Drusky Entertainment, a Pittsburgh promotion company that works with venues ranging from Cattivo in Lawrenceville to the Carnegie Library Music Hall in Homestead. “As we were uncertain of the longevity of the pandemic, we were forced to immediately begin postponing, rescheduling and even canceling shows. At this point, we’ve either postponed, rescheduled or canceled upwards of 150-plus shows in the three-month span.”

In Bed By Ten Dance Party at Spirit in Lawrenceville in the good old days. Photo by Matt Dayak, courtesy of Spirit.

“We had to close down our building,” says Yock. “Lay off our entire staff of 30-plus employees, donate all of the food in our kitchen that would have gone bad, attempt to downsize our bills as much as possible, and had to cancel over 100 events including concerts, fundraisers, weddings.”

About 20 Pittsburgh venues, promoters and festivals, including Carnegie of Homestead Music Hall, the Roxian Theatre, Mr. Small’s Theatre and the Rex Theater have joined NIVA’s efforts.

“The silver lining in this catastrophic mess is that is has given independent venues a collective voice,” says Valen. “In some sense, we all share the same spaces and artists, which at its core makes us competitive in a sense, but it’s that same independent and competitive fierceness that brings us all together. In an effort for survival, NIVA has really encapsulated the needs of an at-risk industry. They have essentially managed to rally up the troops and give us a fighting voice.”

NIVA is pushing collectively for long-term relief for shuttered and hard-hit industries like music venues, the continuance of unemployment benefits and federal tax relief, with tax breaks for things like ticket refunds, notes Valen.

“We can try, and we will have to try something because it is a matter of survival; we have to bring in something!” says Liz Berlin, co-owner of Mr. Small’s Theatre. “But we’ll be lucky if we can break even, especially after being closed this long. Our expenses have not stopped all this time. Our mortgage, utilities, insurance, those things are fixed costs and they keep piling up.  And they aren’t smaller just because our capacity is smaller.”

It’s not simply a matter of getting the doors open again, either. Touring artists have to come.

“We rely on a certain amount of patronage in order to survive, and that patronage is brought about because of the draw of the national acts that perform here,” explains Berlin. “These acts are unable to book our venue because they rely on a national network of venues that can accommodate their tours. And with closures all over the country, with unpredictable adjustments at any time due to COVID-19, it is impossible for bands to book any tours for the foreseeable future.” 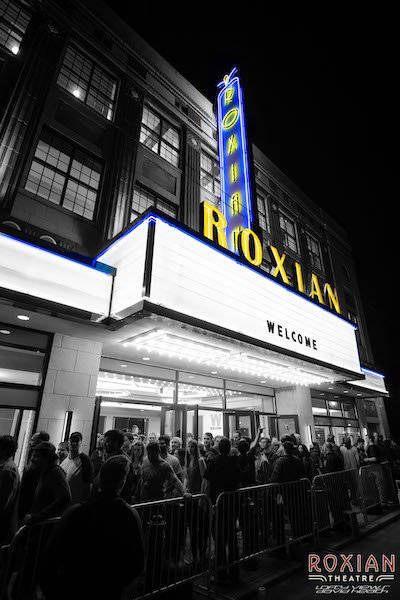 The federal Paycheck Protection Program (PPP) wasn’t sufficient for a lot of venues.

“The PPP essentially was a free-for-all, with many of the larger names benefitting,” says Valen. “Due to COVID-19, the industry’s reaction was to begin canceling, rescheduling and postponing events altogether, past the eight-week period in which the PPP funds needed to be spent. Because PPP focused on 60% to be spent on payroll and 40% on fixed expenditures, it was hard for venue owners and promoters to hire back employees for no work.”

Drusky Entertainment had been trying to make a few shows happen, at venues where social distancing was possible, like Jergel’s Rhythm Grille in Warrendale.

“These shows have strict social distancing guidelines, where parties are seated at tables six feet apart with masks on upon entering the building,” says Valen. “However, with the spike in cases, in addition to the recent announcement of bars closing and alcohol to be prohibited from in-store consumption, Jergel’s has announced that they have temporarily suspended shows until further notice.”

The RESTART Act was recently introduced in Congress by Sen. Todd Young, (R-Ind.) and Sen. Michael Bennet (D.-Colo.), which would help venues out.

“The RESTART Act is a simple fix to address a shortcoming of the PPP for many of the most affected businesses: extend the eight-week covered period to deploy PPP funds and earn loan forgiveness to 16 weeks after the loan is disbursed for the hardest hit businesses that have seen revenues decline by at least 25%,” says Yock.

More than 1,000 musicians and comedians, ranging from Dave Grohl to Billie Eilish to Willie Nelson to Jerry Seinfeld have recently signed a letter to Congress, seeking relief efforts for more than 2,000 independent venues nationwide.

NIVA is urging everyone who cares about live music to write to their legislators in support at saveourstages.com.

“Realistically, until there is some sort of vaccine, that helps get us back to being able to operate at 100%, it’s going to take legislative support and recognition from a local, city, and frankly, a federal level,” says Valen. “Our industry is truly unique in how it operates and the ecosystem around it relies heavily around venues remaining open. Touring is a huge part of the artist’s revenue, which typically they do once an album has been released.

“If there are no venues left, how will the show go on?”