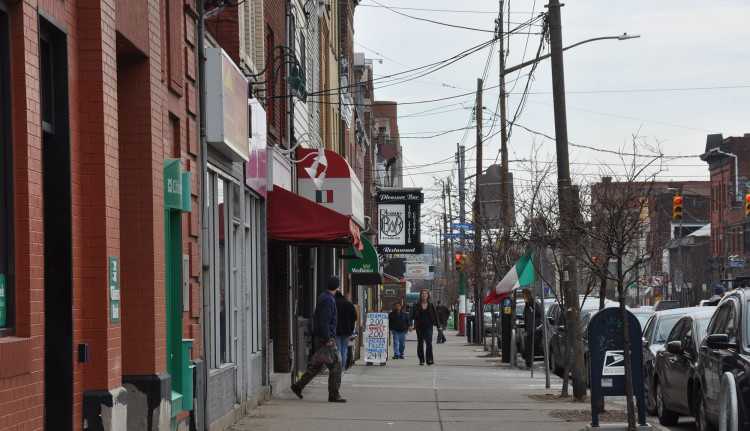 This is the kind of great main street that a thriving city needs — it’s got everything, from groceries to bookstores — with enough remnants of its original working-class Italian flavor to matter. It’s also a delicious stretch of road, that goes all over the world in a few blocks, from futuristic Korean at Cobra (just over on Main) to the tropical paradise of Azorean Cafe (featuring cuisine from the Portuguese island archipelago) to industrial-chic modern American at Station, to old-school burger perfection at Tessaro’s. Caliente wins all kinds of awards for their pizza. Plus, you can get some cannoli and pasta at Donatelli’s Italian Food Center. 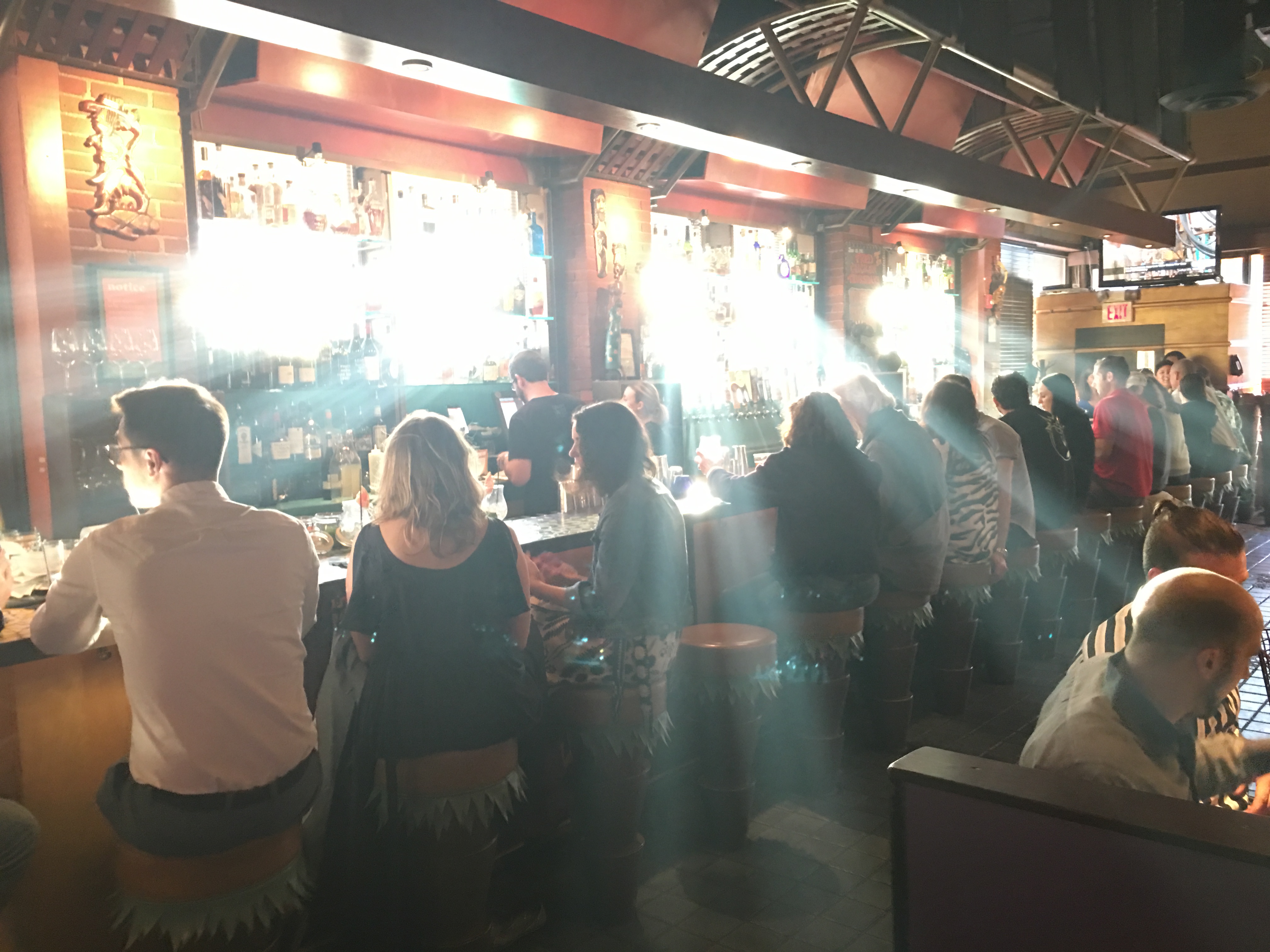 The Strip is many things: an incredible array of ethnic grocers, a ridiculous assortment of black and gold gear, a mysterious array of robotics row scientists plotting our automated future. It’s also got a few standout places to eat, like the long-lived pan-Caribbean greatness of Kaya, to the believe-the-hype Detroit-stye pizza of Iron Born, to a gigantic brewpub with good food, Cinderlands Warehouse, to a new fried-chicken-and-fun concept, Coop de Ville (duckpin bowling, pinball, arcade games) from the ubiquitous DeShantz team.

Further down the street is the outstanding Italian breakfast, lunch and dinner spot DiAnoia’s Eatery, and their new bakery concept Pane e Pronto, featuring eight different Italian breads and other hot ready-made dishes to go. Way down the street, where the old factories and warehouses (and new high-tech offices) dominate is Pittsburgh’s only Jewish deli, the Smallman Street Deli.

Smallman is also a construction-plagued, pedestrian-indifferent thoroughfare that favors trucks over people. Fortunately, this is changing. After years of contentious plans and false starts, the massive, blocks-long Terminal is being redeveloped into a massive 163,500-square-foot mixed-use complex that will include office space, restaurants and retail. The mix of tenants is still undetermined, but 40,000 square feet is earmarked for locally-owned businesses. (A public market would be great here). So far, District Brew Yards, a Chicago-based brewery collective and “pour-your-own beer hall” has signed on as a tenant. Across the street, a giant brick warehouse is also being redeveloped, with ground-floor retail likely. It doesn’t require a lot of imagination to see this becoming Pittsburgh’s next great restaurant row in the near future. 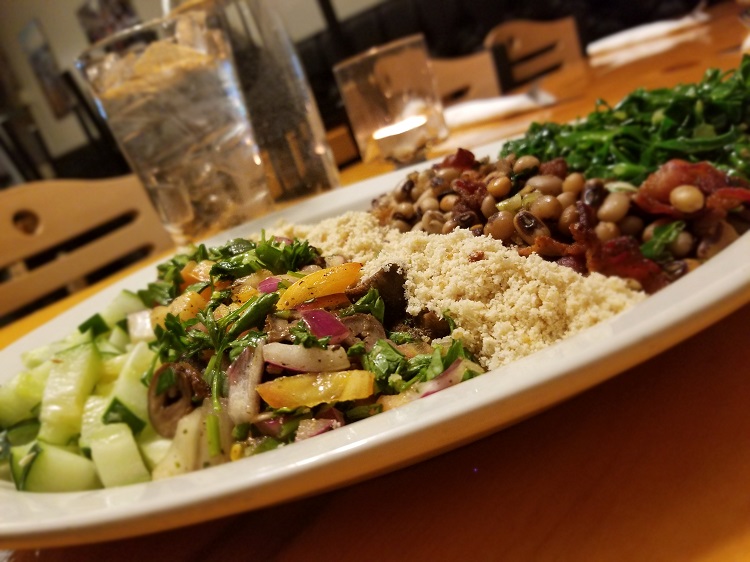 This street is tiny, yet might have more deliciousness per square inch than any other street in town. Highland Park makes a lot out of a little, from the homestyle Brazilian of Casa Brasil, to the fiery Thai of Smiling Banana Leaf, to the laid-back Japanese street food (think okonomiyaki savory pancakes, not sushi or steak) of Teppanyaki Kyoto. And more: there’s the Belgian barroom Park Bruges and the amazing burgers of the Park Place Pub — along with the elegant, white-tablecloth Italian of Joseph Tambellini Restaurant.

It’s a mystery why so many otherwise thriving Pittsburgh suburbs don’t seem to support anything but national chains. The lack of walkable main streets is partially to blame — so it’s perhaps not surprising that the South Hills’ most walkable neighborhood has some of its best places to eat.

Like Squirrel Hill, it’s kind of pizza heaven in Mt. Lebanon. Mineo’s is still the spot for the kind of gooey cheese that will melt through your paper plate  (I love this), and A’Pizza Badamo is simply terrific thin, crispy New York-style pizza. Washington Road also has a longtime beloved sushi spot, Little Tokyo, the modern American fine-dining mainstay Bistro 19 and Thai Touch Kitchen. The takeout window at Totopo Mexican Kitchen and Bar has been drawing crowds, and Bull River Taco Co. recently opened a to-go spot along the commercial district.

There’s also a great little slice of a walkable restaurant row nearby on Beverly Road with the popular cafe io, neighborhood fixture Taco Diablo and the new Mediterra Café.

The next great restaurant rows in the making?