The pandemic is still disrupting performances — and February is usually a bleak time for concerts anyway — but this year it’s actually going to be a great month for live music in Pittsburgh with Billie Eilish, Lucy Dacus, The War on Drugs and Beach House scheduled.

Keep your fingers crossed and an eye on each venue’s website and social media for updates.

Please note that most venues require proof of vaccination, negative Covid tests and/or masks, so check with each club. (But really, do that stuff anyway). There are also likely to be additional Covid-related cancellations, so double-check before you go. 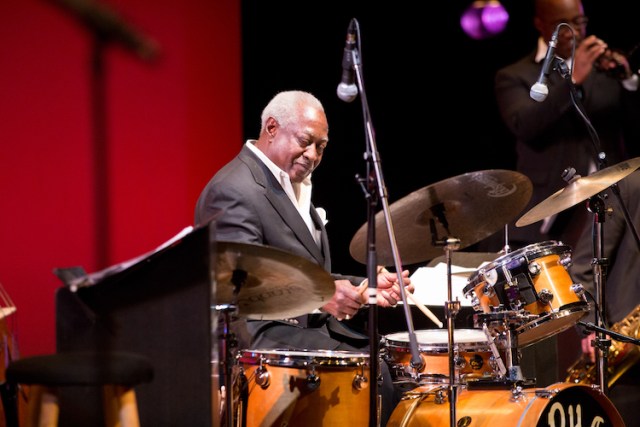 Pittsburgh’s jazz history runs deep, with few cities contributing more legendary musicians to the canon than the Steel City. There’s a lot of weight to that tradition, but Roger Humphries carries it as lightly as the drumsticks he wields so deftly. Since the 1960s, he has played drums for everyone from Ray Charles to Dizzy Gillespie to (Pittsburgh native) George Benson — a living link to the days when giants walked the Earth. 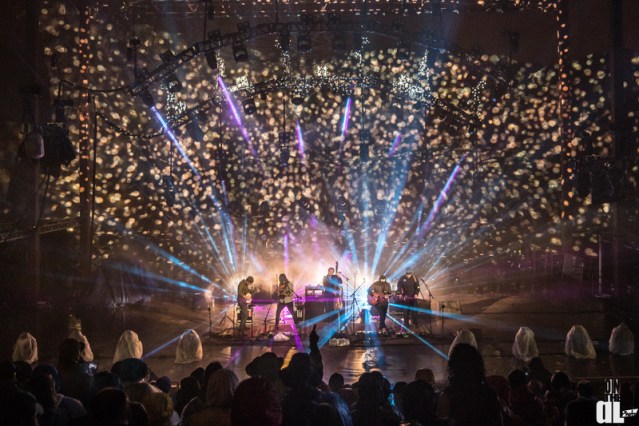 Every once in a while, a band chooses a name so perfect that it tells you what the group will sound like before you’ve heard them play a note. In this case, you know you’re getting bluegrass, of course. But then there’s that goofy, punny “Greensky” bit. It seems like these guys could be a little irreverent, and maybe less concerned with tradition-bound orthodoxy — but confident enough in their pickin’ skills to call themselves bluegrass. Their cover of Prince’s “When Doves Cry” is unexpectedly perfect.

Like, how do you even describe the magic of Rachel Ann Bovier to someone who isn’t marinated in Pittsburgh-ness from birth? Formerly known as Billie Nardozzi, Bovier was a Pittsburgh musician who paid to put her poems in the Post-Gazette, which is not exactly in the habit of running poetry for any reason. Then she showed up on that billboard on Bigelow Boulevard, leaving words of wisdom and encouragement to perplexed drivers whizzing by, with a phone number if anyone wants to chat. It’s anyone’s guess what will happen at this cabaret, but there’s a lot of love for her in the local music scene, so expect surprises, musical, poetic and otherwise.

It’s been said that “the war on drugs” can’t really be won. But Philly rockers The War on Drugs seem comfortable picking unwinnable fights and journeys without clear destinations. They traffic in expansive, panoramic road-movie roots-rock in the Neil Young-Bob Dylan-Bruce Springsteen tradition. But instead of focusing on catchy choruses, they like to push their songs outward and relentlessly forward, with hypnotic rhythms that stretch out to the horizon in all directions. Adam Granduciel’s hazy, laconic songwriting extends into mid-tempo jams that somehow sound like Sonic Youth covering Tom Petty in the back of a U-Haul, destination uncertain and unnecessary. The War on Drugs craft such a dense, powerful, yet somehow pastoral wall-of-sound that it’s easy to miss their constant use of saxophone entirely. Their most recent album throws a lot of vintage synthesizers into the mix, which was probably inevitable. Best rock band in America right now (?).

It’s not easy to pull off whispery intimacy on an arena-sized scale. But nothing Billie Eilish does is expected, or easy. At the moment, the pop charts are full of shapeshifting chimeras, fractured geniuses and offhand brilliance, and Billie Eilish offers a bit of each. She can process pain through a pop song better than anyone (give or take a Solange) at the moment, and only just turned 20. There’s a lot of directions she can go, but I suspect her penchant for perpetual transformation (Goth-y one moment, jazz-inflected another) could portend an uncompromisingly eccentric Joni Mitchell or Kate Bush-like career ahead.

Lucy Dacus is part of a wave of brilliant young women singer/songwriters, including (but not limited to) her bandmates in Boygenius, Phoebe Bridgers and Julien Baker. Dacus is a complete original, weaving tales of spirituality and sexuality and nostalgia with equal precision, held together by a cool, clear voice that cuts like a scythe through the noisy distractions of contemporary pop culture.

The world needed a working-class troubadour to tell the stories of those who labored (like Pittsburgh’s late, lamented Anne Feeney), fought and died so that we can enjoy the comforts of modern civilization. Though a suburban Pittsburgh schoolteacher by trade, Tom Breiding took the torch for his home state’s travails with his album, “The Unbroken Circle: Songs of the West Virginia Coalfields,” delving deep into the Appalachian history of the miners and their struggles. Of course, that’s only one of 14 albums to his credit, but he’s taken on the subject of labor to an extent that few since Woody Guthrie have attempted. 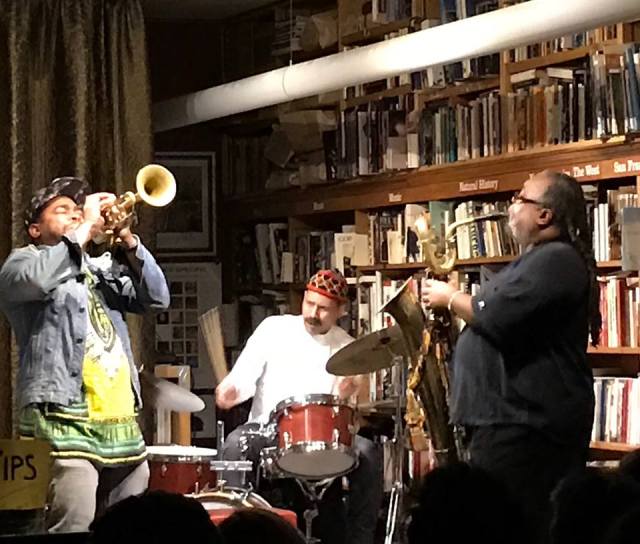 If you love jazz, a great way to spend Valentine’s Day is at the newly-expanded Government Center record shop on the North Side, which now has room for a real stage. Percussionist Kahil El’Zabar’s band Ethnic Heritage Ensemble makes modern jazz that is deeply connected to its ancestral African roots. Now in its 49th year, the band tours every February for Black History Month.

K-pop fans! This one’s for you. You don’t get a lot of actual K-pop in Pittsburgh — a mid-sized city on the other side of the planet from Korea — in the middle of a pandemic. Eric Nam was born in the U.S. but was named “2016 Man of the Year” in Korea. He’s a singer, a TV host — an expert in international celebrity interviews for South Korean audiences — and was an Honorary Ambassador for the 2018 Winter Olympics.

Another serious contender for the best rock band in the world, Beach House makes dreamy, hazy, mysterious music constantly shifting in and out of focus. Clouds of shimmering organ and guitar roll in like a thunderhead coalescing over the plains, full of lightning and power. Yet the chilly, remote romanticism of Victoria Legrand’s vocals waft effortlessly over it all, holding each song perfectly in check. They’re going to release a way-overdue new album, “Once Twice Melody” on Feb. 19, which happens to be the day after their show in Pittsburgh.