Here’s an interesting little musical experiment. Take everything you know about rock music, and chip away anything that isn’t fun. What’s left? Not much. Except maybe Los Straitjackets. Nobody knows when the fun got squeezed out of rock ‘n’ roll, leaving it stuck with heftier duties like complaint, confession and rage. The vital rump-shaking and party-rocking responsibilities have been all but ceded to hip-hop and pop music. But, lest you think it’s all gone, four guys in Mexican luchador wrestling masks have a few things to add. Although they usually just let their guitars do the talking. Their songs cycle through styles like surf, rockabilly, Christmas music, spy movie soundtracks — but all kind of sound like one, distinct thing.

The Cookers. Photo by John Abbott.

Feb. 19, The Cookers: The New Hazlett Theater, North Side

Together, they’ve got centuries of experience playing with some of the absolute legends of jazz, from Art Blakey to Louis Armstrong to Miles Davis. The Cookers just released their new album “Look Out” in September. Originally brought together as a tribute to trumpet giant Freddie Hubbard, The Cookers realized they still had something to say, proving it’s never too late to make the music you want to make.

It gets called “downtempo” sometimes — the style of electronic dance music that isn’t about chasing euphoric dance floor highs all the time, but is after something more contemplative and headphone-friendly. Bonobo is one of the style’s foremost stars at the moment, his unhurried beats laden with layers of strings, samples and slick synths. The albums have a bit of a “background music for Brooklyn bistros” vibe, but things likely get more lively in a live set.

You can admit it. You’ve sung these songs in the shower, in the car, at Penguins games, probably in your sleep. Journey is part of the sonic wallpaper of American life. But it’s always a different deal in person when thousands of others are singing along, too. Plus, Billy Idol is a pretty solid opener with quite a few hits of his own.

The August Wilson Center’s Soul Sessions series continues with Stephanie Mills — singer, actress, songwriter and Broadway star. She was Dorothy in the original Broadway run of “The Wiz” and played Aunt Em in the NBC live musical version. The Brooklyn-born singer has won Grammy, Tony and NAACP Image Awards, and released a new single this past summer, “Let’s Do the Right Thing.”

Though it’s not generally known, Pittsburgh has a great tradition of rustic musical Americana. East Liberty was once even a hotspot for bluegrass with Mac Martin & The Dixie Travelers, believe it or not. Buffalo Rose carry on this tradition with a distinctly modern sensibility. The acoustic six-piece is releasing their newest album, “Release the Rabbit,” created in collaboration with with Grammy Lifetime Achievement Award recipient and folk music legend Tom Paxton.

This is either the best band name in the world or the worst (I’m leaning towards the latter), but it fits the acidic, sharp-tongued music of Sarah Tudzin. Punk rock was probably the starting point, but fidelity to genre was never a priority. She’s no sedate, confessional singer/songwriter — this is not good music for doing the dishes unless you’re prepared to break a few. 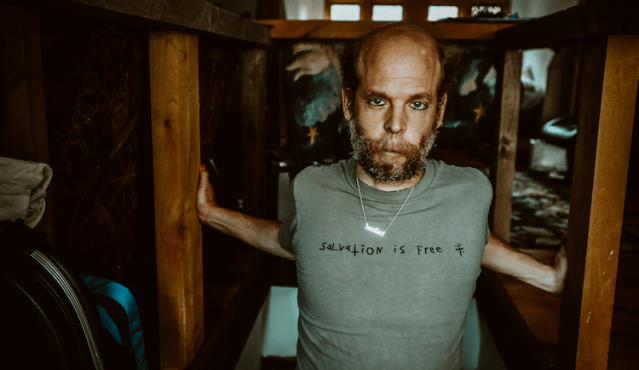 Photo courtesy of Will Oldham.

The reigning poet laureate of indie rock, singer/songwriter/actor/prolific beard-grower Will Oldham has seemingly done everything possible to remain as obscure and unmarketable as possible. He hasn’t even performed under a consistent name over the years — going by monikers like Palace Brothers and Bonnie “Prince” Billy, in addition to his given name. He’s also written more and better songs than just about anyone he could possibly cover (Johnny Cash covered his “I See a Darkness,” and it was a late-in-life triumph), yet he loves to dig into the catalogs of the Everly Brothers and the Minutemen and whoever else piques his eccentric fancy. Currently, he and guitarist Matt Sweeney are touring with their band Superwolves.

OK, we’re going to break with tradition and recommend a comedy show. But “Letterkenny” is the funniest show on TV (okay, Hulu) by a mile right now. It’s all witty wordplay, utterly filthy humor and a certain ineffable Canadian-ness that feels right, yet wrong at the same time. There are three groups of people in the small farm town of Letterkenny: the Hicks, the Skids and the Hockey Players. The Hicks are sort of the heroes (which is completely unexpected), providing a rustic, commonsense moral center that never backs down from a fight. But they’ll all band together to combat threats from outside, whether it’s alt-right goons, cheating big-city boyfriends or their own Quebecois doppelgängers. There’s a critique of toxic masculinity buried somewhere in here, but it doesn’t beat you over the head with it (they’ll use a hockey stick instead). It’s anyone’s guess what the live show involves, but it’s probably pretty funny.

For more things to do, read 11 January events not to miss in Pittsburgh.