Mdou Moctar at The Warhol Museum (2019). Photo by Jennifer Baron.

Rock and roll has an amazing capacity for regeneration, despite all the abuse it has suffered over the years. Deep in the remote, war-torn deserts of the African Sahel, rock and roll is being born anew, via a generation of nomadic Tuareg guitarists like Mdou Moctar. Along with bands like Tinariwen, Bombino and Les Filles de Illighadad, they’ve pioneered a hybrid of electric blues with the hypnotic, indigenous music of the West African deserts. Moctar also wrote and starred in the first Tuareg-language film, “Rain the Color of Blue with a Little Red In It,” a Saharan remake of Prince’s “Purple Rain.” Moctar is opening for post-punk giants Parquet Courts, which is odd, but sometimes these wildly different pairings work perfectly. We’ll see.

Animal Collective has been indie rock royalty for almost 20 years, crafting reverb-laden experimental pop like some kind of mutant descendants of The Beach Boys’ psychedelic harmonies on “Pet Sounds,” but with endless layers of samplers and synthesizers. They’ve just released their 14th (!) record. But the real treat here may be opener L’Rain, who makes what could be termed experimental soul music (but even that seems limiting). The Brooklyn-based songwriter/composer creates intricately layered meditations on grief and fear and resilience, swathed in heavy layers of strings, synths, guitar loops and samples.

The synthesizer frenzy of recent years hasn’t really done much that Gary Numan didn’t do long before, starting with Tubeway Army in 1977. Though thousands have imitated his icy, robotic sound and androgynous android persona, few have managed anything as subversive and surreal as “Stormtrooper in Drag” (1981). Take Numan and the sensitive androids of Kraftwerk, and there’s your Mt. Rushmore of electronic music. He’s sold more than 10 million records — and now, he’s playing at a little club in Lawrenceville.

The Pittsburgh-based progressive-rock duo Zombi takes its name from the Italian title of George Romero’s “Dawn of the Dead” (1979) and began making music as sort of an homage to the Italian prog-rock band Goblin, which created the film’s tense, unsettling, synthesizer-driven score. Classic horror and sci-fi synth sounds from Vangelis (“Blade Runner”) and John Carpenter (“They Live,” “The Thing”) remain major inspirations for Zombi’s ominous, otherworldly music — but they’ve been doing this long enough now (since 2002) to have created something strange and new and distinctly their own.

The excellent band Thao & The Get Down Stay Down recently split after more than a decade, leaving singer/guitarist Thao Nguyen going her own way. The band name always seemed to suggest the sudden violence of a stick-up or hostage situation, which was mostly meant in jest. However, there was a certain kinetic spontaneity to the music — while not explicitly violent, it can be unpredictable, brutally honest and occasionally a bit disturbing. Now, it’s time for her to chart a new direction.

Part of the Pittsburgh Humanities Festival, this presentation about Black Classical Voices in Pittsburgh features Jonnet Solomon, executive director of the National Negro Opera House, and Thomas Douglas, director of choral activities and opera studies at CMU and artistic director of the Bach Choir of Pittsburgh. There will also be a live performance of “Carmina Burana Africana” with African percussion and dancers.

Sometimes, music should just be fun — and nobody puts more joy into the world than New Orleans’ elder statesmen Dirty Dozen Brass Band, established in 1977. Jazz, rhythm and blues, funk, soul — it all pretty much goes back to the seedy streets of New Orleans, and Dirty Dozen is perhaps closest to that source than anyone. Expect to dance, whether you planned to or not. This isn’t sitting or head-nodding music. Their show at Jergel’s is titled “Mardi Gras Mambo.”

Perfume Genius can somehow make the ugliest stories, memories and words come out smelling sweet. His song “Fool” illustrates this perfectly — it starts out as a pastel, ’80s-synthesizer-clad roller-skating jam that got lost on the way to the “Pretty in Pink” soundtrack, with doo-wop vocals and finger snaps setting a languorous, nostalgic pace — at least until that ominous church-organ interlude in the middle. It’s total ear candy until you pay attention to the lyrics: “I’m bleeding out/On the couch you bought/That I picked out.” Mike Hadreas has one of the most transcendently beautiful voices in music and doesn’t shy away from a stadium-sized chorus. His most recent album, “Set My Heart on Fire Immediately,” is a masterpiece of carefully constructed art-pop, with nary a hair out of place. Then, he released a record of remixes, giving other supreme talents (Actress, Jenny Hval) a chance to reimagine it entirely. 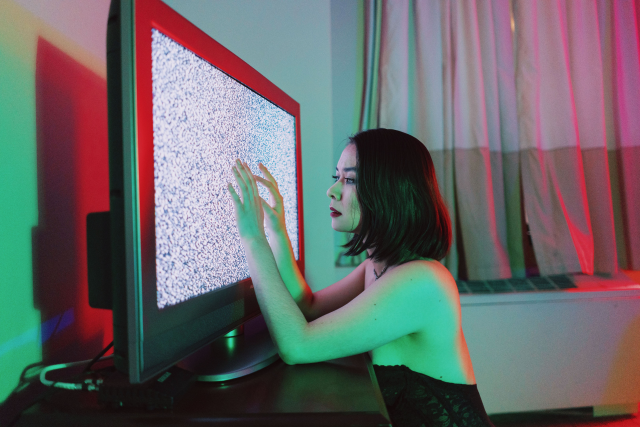 Pre-pandemic, the world belonged to Mitski. In 2018, hardly anyone got more critical plaudits than she did for her record “Be The Cowboy,” a compilation that veers wildly from electropop sheen to anxious piano balladry. Her cool, clear voice suggests an icy remove from the roiling passions and contradictions writhing in her lyrics. It’s also breathtakingly romantic, both seeking perfection and threatening to subvert it. Apparently, Mitski had decided to quit music but realized that her contract with her record label required one more album. So she’s got a new one this year, “Laurel Hell,” which explores what happens when your dreams all come true, and you still feel terrible. Unsurprisingly, she put everything into it, and it’s probably the most accessible music she’s ever made.

Party at the Punk Rock Old Folks’ Home! In the 1980s, this lineup would have been the wildest show of the year, though it would have been somewhere dirty and dangerous (like the late Electric Banana). I’m not sure what original pieces of the Circle Jerks are still intact, but any glimpse of opener Negative Approach has my attention — John Brannon’s napalm-scorched Motor City roar is one of the most distinctive voices of the past few decades, later fronting the broiling punk blues of the Laughing Hyenas. This sets up a tonal clash with the sun-blasted, snotty SoCal pop-punk of 7 Seconds and Circle Jerks, but hey, sounds like fun.

The tale of Ata Kak is one of the strangest stories in contemporary music. An American studying in Ghana found a mysterious tape at a street stall that blew his mind with its odd combination of old-school hip-hop, highlife and lo-fi DIY production. The American started a blog, Awesome Tapes From Africa, which became a record label, and a worldwide phenomenon. Ata Kak’s music was soon picked up and played in clubs all over the world … but nobody knew who Ata Kak was, or where to find him. A chance encounter at a Ghanaian-run store in Toronto eventually pointed the way — Ata Kak was living in Ghana, after years in Germany and Canada. He had no idea that anyone was listening to his music (he had originally made only 50 cassettes, which didn’t sell, and promptly forgot about them). Now, somehow, he’s on tour and coming to the Warhol — which remains one of Pittsburgh’s consistently great curators of unusual and amazing live music.