Summer! You know, when that yellow sphere in the sky appears for days at a time. Remember that?

June features the return of the Dollar Bank Three Rivers Arts Festival (We broke out the concerts you won’t want to miss into a separate guide). There also is a huge musical celebration of Juneteenth that we hope will be back every summer. But that’s not the only good news; clubs and venues are packed this month as well. Here are our picks for the best of the best:

The past few years have been tumultuous for Pride, which I won’t even begin to explain. The upshot is that it seems to be finding its footing once again, with a number of events planned including this concert at Stage AE. English pop singer Jessie J is the headliner for the main event at Stage AE — she’s performed at the Olympics and the Queen’s Diamond Jubilee, so she can probably handle anything the North Side throws at her.

I don’t want to be one of those bores who drones on about “real country music” — but if there ever were such a thing, it’s Steve Earle. He comes by his sandpaper-rough vocals the hard way, from a life that has included time in jail and the heartbreak of five marriages. Earle’s also unafraid to take on subjects heavier than the usual country fare (like left-leaning politics), which sets him far apart from the pack.

Join the party for The Zells’ new record “Ant Farm,” featuring some of Pittsburgh’s best indie rock bands, such as the hazy psychedelic pop of Flower Crown and the full-of-surprises Dumplings.

Merrill Garbus is a master of managing complex tensions in her music: between a white punk from Connecticut drawn to the rhythmic swirl of Africa and the Caribbean, between typical indie-rock complacency and hard subjects like police brutality and inequality, between confrontation and sheer musical pleasure.

Ted Tarka of the Mud City Manglers. Photo courtesy of the band’s Instagram.

The Mud City Manglers have been playing 100-proof Pittsburgh garage-punk since the turn of the century. They’re celebrating the re-release of their long out-of-print album “Heart Full of Hate” on U.S., Spanish and Swedish labels.

The band with the impossible-to-pronounce name (try clicking your tongue three times) was one of the leading lights of the early-2000s dance-punk outburst, and can still make a room move.

Throwing Muses/50 Foot Wave songwriter Kristin Hersh is known for her surreal, oblique lyrical explorations of trauma, rage and mental illness … but she’s also written a children’s book, which combines with an app of her singing lullabies she learned growing up in Tennessee.

There’s a good chance this Juneteenth celebration becomes an annual thing — which would be an outstanding addition to Pittsburgh’s summer festival lineup. The music is all over the map, ranging from ‘90s hippie/hip-hop stars Arrested Development, soul/funk/Latin rock giants War, ‘80s Cleveland funksters The Dazz Band (“Let it Whip”), master rap lyricist Talib Kweli, all-female pop/R&B band Klymaxx, and DJ Spinderella, who made the beats for hip-hop legends Salt-N-Pepa, among many others. There’s also a full slate of local jazz and soul artists all three days in Market Square, including Kevin Howard and Dr. James Johnson III.

Here’s a wild one — the Warhol’s unpredictable Sound Series brings Japanese experimental musician FUJI||||||||||TA (pronounced Fujita) on his first-ever U.S. tour. He’s collaborated with avant-garde giants Yamantaka Eye (Boredoms) and Keiji Haino and strives to create unheard sounds and noises by building his own strange instruments. One of those is a pipe organ with 11 pipes (hence the name) and no keyboard, plus a water element that blends sounds from multiple aquariums together with the pipes and his voice.

Ben Folds has been pounding out piano ballads and the occasional uptempo rock since the days when people still bought CDs. It’s kind of curious that a guy who crafts pop songs with economy, polish and stiletto-like wit is now the one who sounds like he’s pushing the limits of what’s acceptable. He’ll be performing at Heinz Hall with the Pittsburgh Symphony Orchestra.

One of the greatest psychedelic rock bands — on the pop side of the spectrum — is The Zombies. Their songs like “Time of the Season” and “She’s Not There” were simply the sound of the ’60s. Against all odds, these Rock and Roll Hall of Famers are still alive and on the road, and even writing new music.

Every Sunday evening at Hazelwood Green, there’s a Weather Permitting concert (depending, of course, on the weather), with great local bands, local beer and local food trucks. And kids are actually encouraged to attend, with squirt guns and hula hoops for short attention spans. Sprinkled amongst them are a few national and even international touring acts. How can something called Snack Time Philly — a brass band known for playing at Sixers games — not be fun?

It’s not really a surprise that an utterly unclassifiable band would pick an un-Googleable name like Man Man. But these rogue Philadelphians have done things their own way for more than a decade, creating wild, anarchic, leather-lunged Tom Waits-type freakouts one moment and stunningly faithful Etta James covers the next. No idea what they’re like live, but their records practically jump off the turntable, eat your beer bottles whole, then leap headlong through the window. If this sounds like fun, well, Club Cafe is a really intimate venue, so be prepared to get friendly. 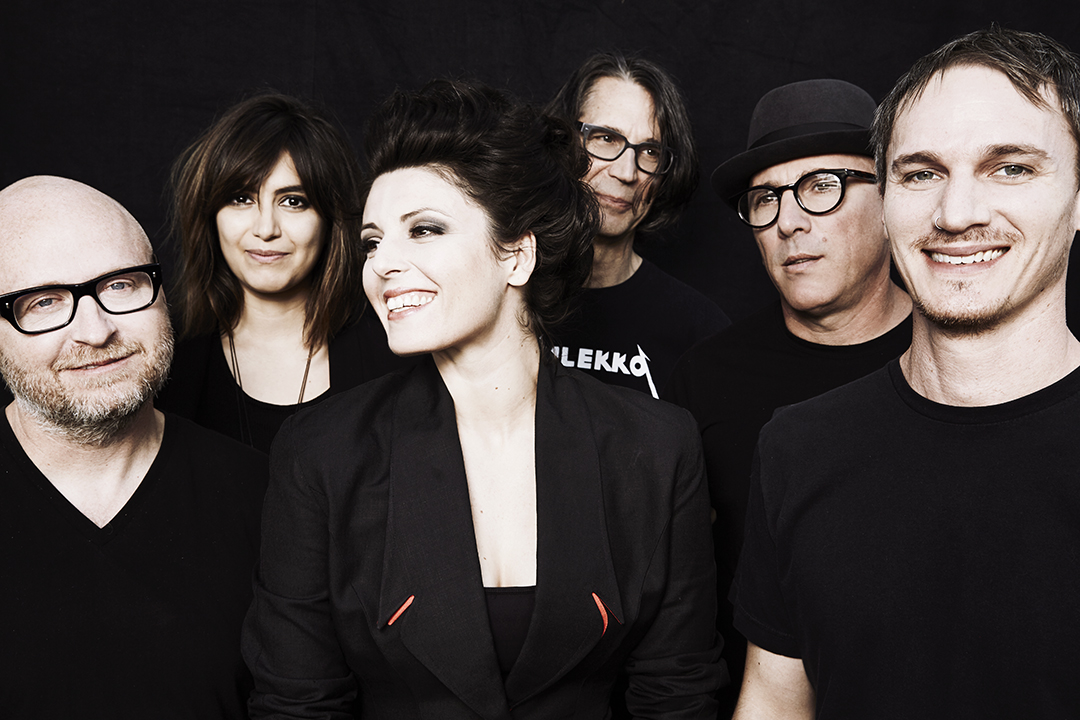 Maynard James Keenan is reclusive and elusive for a rock star, but he’s never wanted it any other way. To hear him tell it, making music is something he does in the off-season when things get slow at his winery (Merkin Vineyards and Caduceus Cellars in Arizona). Then again, Keenan’s bands — the progressive-metal behemoths Tool, radio rockers A Perfect Circle and the desert-baked weirdos Puscifer — have had no problem selling millions of albums without much in the way of catchy singles, airplay or the usual glib promotions. They only make albums when they feel like it, and if that means they skip a decade or two … so be it. The fans come back anyway.

Where are the ‘90s kids at? Quit mowing the lawn or buying health insurance or whatever (ha ha we’re OLD), and feel that rush again of seeing Scottish rock goddess Shirley Manson command the stage for the first time. Their name might be trash, but they had a sound that stuck out in the post-grunge, post-Britpop musical wilderness.

For more things to do in June, check out our Weekly Event Guides and read 15 very Pittsburgh things you’ll want to do in June.