As an eternal pessimist, it would be easy for me to write off 2020 as “the worst year ever.”

The world’s experienced so much loss over the last 10 months — of lives and livelihoods, freedoms and faith, innocence and etiquette. But, through Zoom meetings and Facebook posts, my friends and family members have helped me weather this seemingly endless storm.

And so has my work. Since January, I’ve interviewed a lot of passionate people who’ve inspired me to make the most of a bad situation. 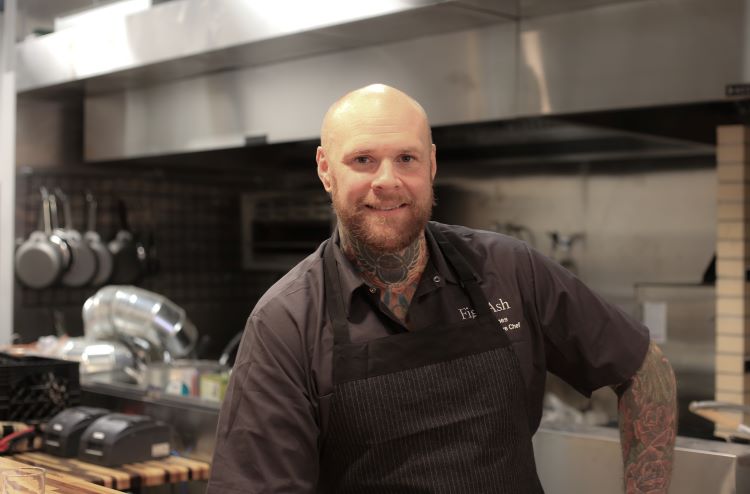 The year started out on a positive note: Chef Cory Hughes was preparing to open Fig & Ash, his long-awaited farm-to-flame restaurant on the North Side. Construction woes delayed the debut, but Cory, ever vigilant and cheerful, pressed on. The state shut down before he could serve his first meal. Undeterred, he finally opened the eatery for dine-in service in October. Hang in there, buddy!

I see the same kind of resilience in Meredith Meyer Grelli, co-owner of Wigle Whiskey and Threadbare Cider House & Meadery.

The Strip District distillery’s revamped restaurant opened March 13, but closed two days later due to the pandemic. Meredith and her team didn’t skip a beat and ended up producing more products than ever. Wigle’s bottled Old Fashioned got me through some rough patches. My rocks glass will forever be raised in a toast to the Queen of Casks.

Another boozy business, Lucky Sign Spirits, gave me a shot of hope (and vodka) when I needed it most. While interviewing co-owners Matt Brudnok and Christian Kahle at the Millvale storefront, Matt’s wife arrived with their infant son in tow. Seeing that little face peering out from his baby seat filled my heart with hope for the future.

I met Camerin “Camo” Nesbit while covering a different kind of spirit. The talented artist was overseeing the creation of a Black Lives Matter mural on the side of Spirit in Lawrenceville. I not only watched him paint, I saw him encourage his fellow artists and nurture the creativity of his students, talented kids who are following in his footsteps, grabbing a brush and taking a stand.

Stephanie Campbell is another talented artist who makes her mark on a much smaller canvas. After overcoming life-threatening obstacles, she opened Obsidian Nail Studio, where she turns fingertips into mini-masterpieces.

Medical conditions don’t define the kids at UPMC Children’s Hospital of Pittsburgh. Sidney Kushner knows this, which is why he launched Connecting Champions, a nonprofit organization that pairs these brave youngsters with career mentors. The organization has made more than 200 matches and countless friendships.

Sometimes strangers can uplift you, too. Through the Random Note Project, folks can give their fellow Pittsburghers a boost by writing words of encouragement on scraps of paper and leaving them in various places around town.

Life can be scary, but, as a horror movie fan, I’ve learned to tackle fear head-on.

Artist Jeremy Raymer knows I’m a big monster nerd, so he invited me to tag along as he unveiled his mural of special effects guru Tom Savini to Tom Savini. Interviewing one of my idols in front of a portrait of himself holding a Jason Voorhees mask was frightfully fun.

Speaking of fright, ScareHouse owner Scott Simmons is an expert in that department. Not only did he spearhead the makeover of The Old Mill at Kennywood (Goodbye, Garfield! Welcome back, plastic skeletons!), he turned a section of the Galleria at Pittsburgh Mills into a no-holds-barred haunt.

Tyrion Pittister might look scary, but he’s actually a big softie. The Pit Bull’s face is permanently scarred from his days in a dogfighting ring. His new owners wrote two children’s books about his journey to encourage kids who are facing adversity. They also give him all the dog biscuits he can eat.

Soul Biscuit makes food for people. You’ve probably seen Micah Maughan and Kit Durrett pedaling around Pittsburgh on their tandem bike. They pull a 500-pound food cart behind them and stop at various spots throughout the city to whip up delicious biscuit-based meals. The griddle — and the adrenaline — keep them warm in the winter.

Photo courtesy of the Robbins family.