There’s a sign on East Street in the North Side that reads “The Brewery.” Newcomers to Pittsburgh might find it confusing, as Pittsburgh is home to more than 30 craft beer makers.

But there was a time when Penn Brewery, at 800 Vinial St. in Troy Hill, was the town’s only modern microbrewery, which the Brewers Association defines as a brewery that produces fewer than 15,000 barrels of beer per year and sells 75 percent or more of its beer off-site.

Penn, which turned 35 this year, still wants to be The Brewery.

“There’s something timeless about our brewery,” co-owner Linda Nyman says. “There’s a heart and a spirit and a culture to this facility. It’s old but it never gets outdated.”

Nyman and her business partners, Sandy Cindrich and Corey Little, purchased the brewery 12 years ago from a private equity group that had shut down production.

“Traditional styles will always be the backbone of our business,” Nyman says. “Our goal has always been to give the customer what the customer wants.”

So the elder statesman of Pittsburgh’s brewing community also is changing with the times, concocting recipes to suit the palates of a new generation of beer drinkers. But younger folks might be surprised by a longtime offering. 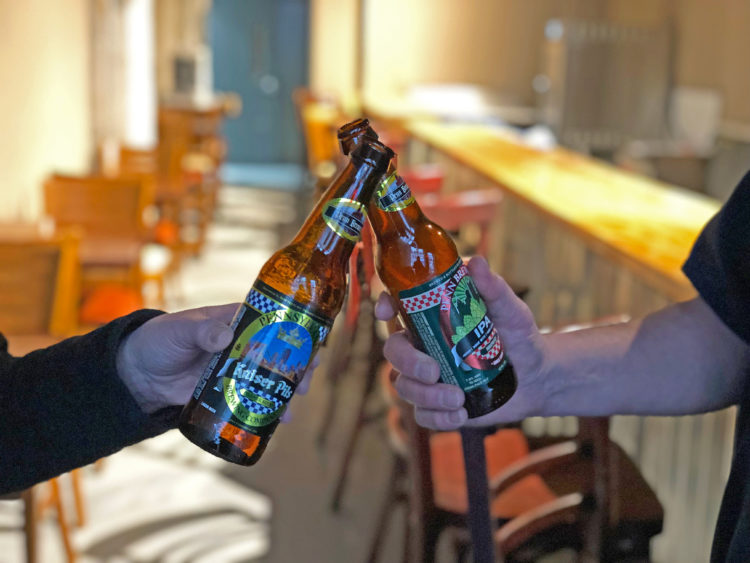 Penn has brewed its Kaiser Pils since the late 1980s. Back then, the hoppy lager was considered too bitter to please the average consumer. Through word of mouth, Kaiser Pils developed a cult following with its upside-down label adding to its mystique. It didn’t enter the regular lineup until 2008 when it won a gold medal for German-style pilsner at the Great American Beer Festival.

The owners installed a small-batch system seven years ago that allows the brew crew to experiment without taking away tank space from year-round offerings such as Penn Dark and Penn Gold. These new ales, stouts, porters and sours are available on draft only and rotate on a regular basis.

“We toss around ideas all the time. They’re open to everything,” head brewer Chris Rudolph says of the owners.

He’s held nearly every position at Penn and that includes playing Santa Claus.

In 2008, when he was 21 years old, Rudolph got a part-time job at Penn on the bottling line and in the warehouse. Eventually, he went from running a forklift to serving as a cellarman, cleaning tanks and tending to the beer on its journey from bright tank to pint glass. He became head brewer in 2019.

“I don’t have a traditional brewing background,” he says. “I learned as I went along. I grew up at Penn.” 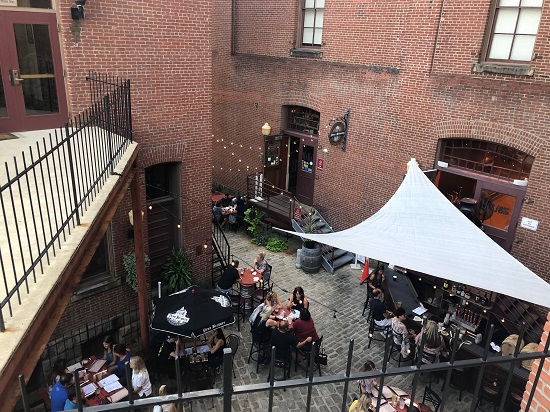 After a long pandemic closure, the North Side spot is welcoming back customers and booking private events. Due to a staffing shortage (Penn boasted more than 100 employees pre-pandemic), the restaurant is closed on Mondays and Tuesdays. The fate of Penn’s Downtown taproom is still up in the air, but the location at Pittsburgh International Airport is in operation.

Nyman can’t wait to see beer drinkers young and old hoisting steins in the biergarten at the annual Oktoberfest celebration, which will be held Sept. 17-19 and 24-26.

“We want to keep our existing customer base happy while attracting a new generation of Penn Brewery guests,” she says. “We’re trying new things. Ten years ago, we wouldn’t have been willing to take the risk.”

The NEXT Beer is a new column highlighting different brews, breweries and events in and around Pittsburgh. If you’ve got a beer-related news tip, send me an email. Cheers!