The modern horror movie — and the unkillable current conception of the zombie — were born in Pittsburgh. So why don’t we celebrate that with a giant horror festival?

Two years ago, I mused about a wish list for Pittsburgh’s ever-growing food scene — things we don’t have that we could really use. (And hey, we did get a local bagel place plus a breakfast place Downtown, so maybe wishes do come true.)

Now it’s time to explore what should be next from an arts and culture standpoint. What does Pittsburgh need? Or, simply, what would be fun to have?

Remember, this is just one guy’s opinion, with some suggestions from NEXT staff. Feel free to share your ideas.

This one might have to wait until the pandemic is fully in the rear-view mirror, but Pittsburgh could really use another big, weird festival that energizes locals and brings in people from out of town.

We’ve already got the wildly successful Picklesburgh and Anthrocon, the gigantic furry convention, as well as the outstandingly unique (if brief) Art All Night. There are also some weird, little things like Jeff Goldblum Day (where the Pittsburgh native actor/living meme Jeff Goldblum actually showed up in 2019). I’m also partial to the Kecksburg UFO Festival in Westmoreland County. But we have room for more blockbuster festival.

Here’s one idea: As the original setting for “Night of the Living Dead” (1968) and “Dawn of the Dead” (1980), Pittsburgh would be the perfect setting for a giant horror festival. The modern horror movie was invented here, essentially. (Talk to any longtime Pittsburgher, and they’re probably related to someone who was a zombie in one of those movies.) There’s a convention called Horror Realm and the Living Dead Weekend at Monroeville Mall (which is great), but why not expand it to a monthlong festival of all horror movies and beyond? Anything with zombies, monsters, urban legends, paranormal activity, etc. It could be paired with a film festival and enlarged to encompass horror novels, comics, special effects, TV shows, and anything creepy. 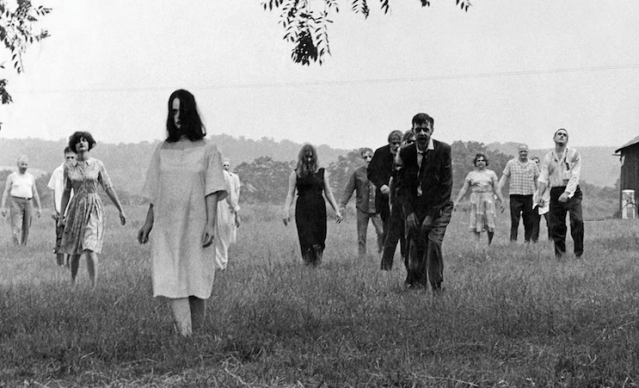 A giant fireworks festival would also be great. As home to Zambelli Fireworks and Pyrotechnico (well, up in New Castle), we set off fireworks for any occasion, or often, no reason at all. Invite all of the world’s best fireworks makers and have them compete to be the best. If you want lasers, one of the world’s top laser light show companies, Lightwave International (which has done shows for everyone from Madonna to Jay-Z to the Penguins) is in Eighty Four, Washington County.

We could also use some kind of a winter festival. Krampusnacht around Christmas is fun, creepy and weird, but short. St. Paul, Minnesota, for example, goes into sub-zero deep freeze every year — and at some point folks just decided to embrace it. They built a kooky mythology and semi-secret society called The Fire King and his Vulcan Krewe (with red-caped weirdos riding around on an antique fire truck), and do everything from an ice and snow sculpture park to building an ice palace. Our winters get pretty long and miserable — could we find a way to liven them up a bit?

CMU’s Gates Center for Computer Science. We can do cutting-edge architecture here in Pittsburgh. Photo via Wikimedia Commons.

Pittsburgh’s recent building boom is something that needs to continue if the city is ever to start growing again. We need more housing, especially, at every price point — but especially affordable housing.

The problem is that so much of the new stuff looks … not so great. We do have talented local architects and some beautiful new buildings. We also get a lot of outstanding adaptive reuses of old buildings.

But there are just too many bland boxes for people storage, identified only by cheap materials and repetitive designs. This isn’t exclusively a Pittsburgh problem — these kinds of buildings are everywhere. Offices, too, seem to conform to a relatively small, timid typology of shapes and sizes. We’re never going back to ornate Beaux-Arts beauty (the skilled immigrant craftsmen that built Pittsburgh are long gone), of course. But we can, in general, do much better. 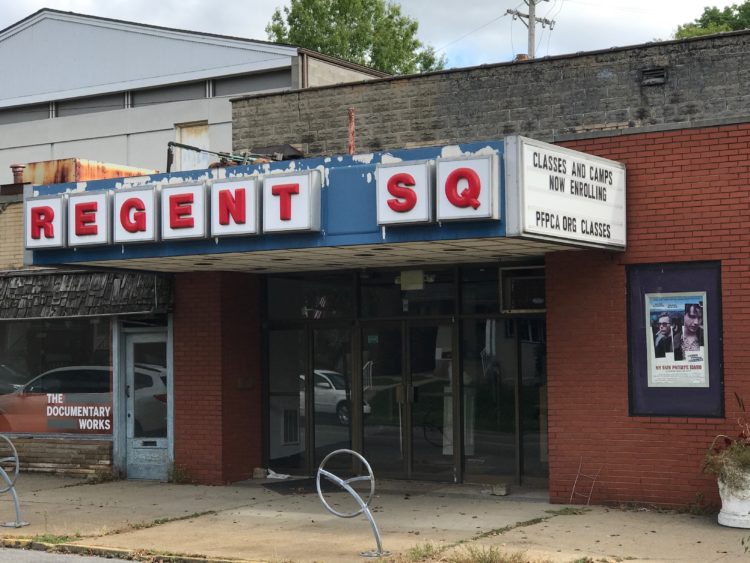 Moviegoing has taken a huge hit during the pandemic, and we don’t know how that will eventually play out. Streaming has probably taken a permanent chunk out of it, no matter how the recovery goes.

The 38-year-old Three Rivers Film Festival looked to be finished with the demise of Pittsburgh Filmmakers, even before the pandemic. Film Pittsburgh brought it back as a virtual festival in November.

There are some great niche festivals. Along with the 3RFF, JFilm (Jewish films) and ReelAbilities (featuring people with disabilities) have all been brought under the same Film Pittsburgh umbrella. Pittsburgh is also home to Reel Q, the region’s longest-running film festival and the 6th oldest LGBTQ+ film festival in the world. The Silk Screen Asian American Film Festival was once a terrific showcase for movies from Korea to India to Turkey (and hosted by one of the city’s most diverse, colorful annual parties). But it seems to have run its course. The Black Bottom Film Festival is also great, and plans to continue in some form.

We don’t need a star-studded industry schmoozefest like Toronto or Sundance. But it would be great to get back to what we once had with the Three Rivers Film Festival — even though its primary venue, the Regent Square Theater, is now an art gallery. It just needs to be a live, in-theater showcase for independent, foreign and even the occasional classic film, with an emphasis on locally-made premieres, some director introductions and offbeat offerings like the Alloy Orchestra, who have for years performed live soundtracks to silent films.

We’re losing movie theaters (bye-bye SouthSide Works Cinemas). But you can put a screen anywhere. There’s no reason a festival couldn’t happen at the Byham, Harris and O’Reilly Theaters Downtown, for instance.

We have budding filmmakers learning the craft at Point Park and Carnegie Mellon University; Pittsburgh is the setting for plenty of movies (with more on the way), and we still have a few theaters left that are willing to be creative (like Row House and the Manor). Cleveland has a fun film festival that’s mostly downtown, programmed creatively and gives out awards. We can totally do this (again).

One room of the vast Midtown Scholar bookstore in Harrisburg. Photo via Wikimedia Commons.

Pittsburgh may be one of the best places in the world to buy records, with giants like Jerry’s Records and The Attic and outstanding newcomers like The Government Center. But for some reason, there just aren’t nearly as many bookstores here.

I used to work in a bookstore, and I seek them out in every place I visit. And I’m a little jealous of The Tattered Cover in Denver (in a vast, converted historic theater), Mager & Quinn in Minneapolis, Brookline Booksmith in Boston, John K. King Books in Detroit (in a giant former glove factory), and the massive Midtown Scholar in Harrisburg.

Pittsburgh does have some excellent small, independent bookstores: The White Whale, City of Asylum Bookstore, City Books, Amazing Books and Mystery Lovers Bookshop. We also have a particularly strong selection of comic book stores, including Copacetic Comics, Phantom of the Attic and New Dimension Comics.

But we could definitely use more. Whether it’s an anarchist bookstore (like The Big Idea) or an antiquarian bookstore (like Caliban Book Shop), every neighborhood should have one in a city as literate as Pittsburgh.

We’ve got a few interesting pieces of public art scattered about here and there, like the “Eyeball Seats” created by Louise Bourgeois in Katz Plaza Downtown, the giant “french fries” (aka John Raymond Henry’s “Pittsburgh”) in Frank Curto Park on Bigelow Boulevard, and the face emerging from the earth in Mellon Park. Why not a giant sculpture park?

Other cities have made this part of their identity, like the Minneapolis Sculpture Garden. It’s both a park and an art gallery, at the same time.

We’ve actually got a cool modern art sculpture park in Fayette County — featuring work by top sculptors like Andy Goldsworthy, Sir Anthony Caro, Wendy Taylor and Phillip King — at Kentuck Knob, near Fallingwater. There are preliminary plans to form one at Hartwood Acres and one possibly on the way in Westmoreland County, though details are very preliminary there. Fingers crossed.