If you want to have a g’day, mate, start it at Koala Coffee & Tea House in McCandless.

The quaint shop at 820 W. Ingomar Road offers an array of fresh pastries and hot and cold beverages, including the Flat White, an Australian take on a latte with less foam.

Owner Nicki Saini’s husband, Harvey, hails from Down Under and she wanted to make him feel more at home in the North Hills. Customers are embracing the place as well.

Since opening on March 17, Koala Coffee has developed a loyal following. It’s a grab-and-go spot for now (indoor seating is coming soon), but folks are welcome to sip on the front porch, chat with friendly baristas and peruse the café’s curated selection of Aussie-themed candy, condiments, snacks, greeting cards and gifts.

The marsupial-studded wallpaper makes a great selfie backdrop, too.

Saini grew up in McCandless and is now raising her own children there. In addition to being a touchstone to their old life in Melbourne, Koala Coffee is a place where the family can share Outback culture with Pittsburghers.

“It’s a café culture,” she says of the country. “It’s warm most of the year, so you sit outside and enjoy coffee with friends.”

The shop features Intelligentsia Coffee, a direct trade roaster based out of Chicago. Saini discovered the company while traveling around the country for work when she used to toil in the corporate world.

Being a mom and a small business owner in her hometown, she says, is more rewarding. Now, instead of dealing with human resources, she’s meeting people, making her own flavored syrups and designing a rotating menu that caters to patrons who have a sweet tooth as well as food allergies.

She’ll soon be partnering with an Australian baker who makes authentic pasties, Lamington cakes, Caramel Slice and other Aussie specialties.

A number of Aussies already have visited Koala Coffee to get their Flat White fix. Saini says they’re planning to throw an Australia Day party on Jan. 26, 2023. The national holiday marks the establishment of the first permanent European settlement in Australia in 1788. They might even fire up the barbie for the occasion!

The North Allegheny graduate is happy to introduce locals to a little bit of Aussie life.

“The response from the community and the kindness of people who are coming in every day has blown me away,” she says. “It’s been great reconnecting with people I haven’t seen in years.” 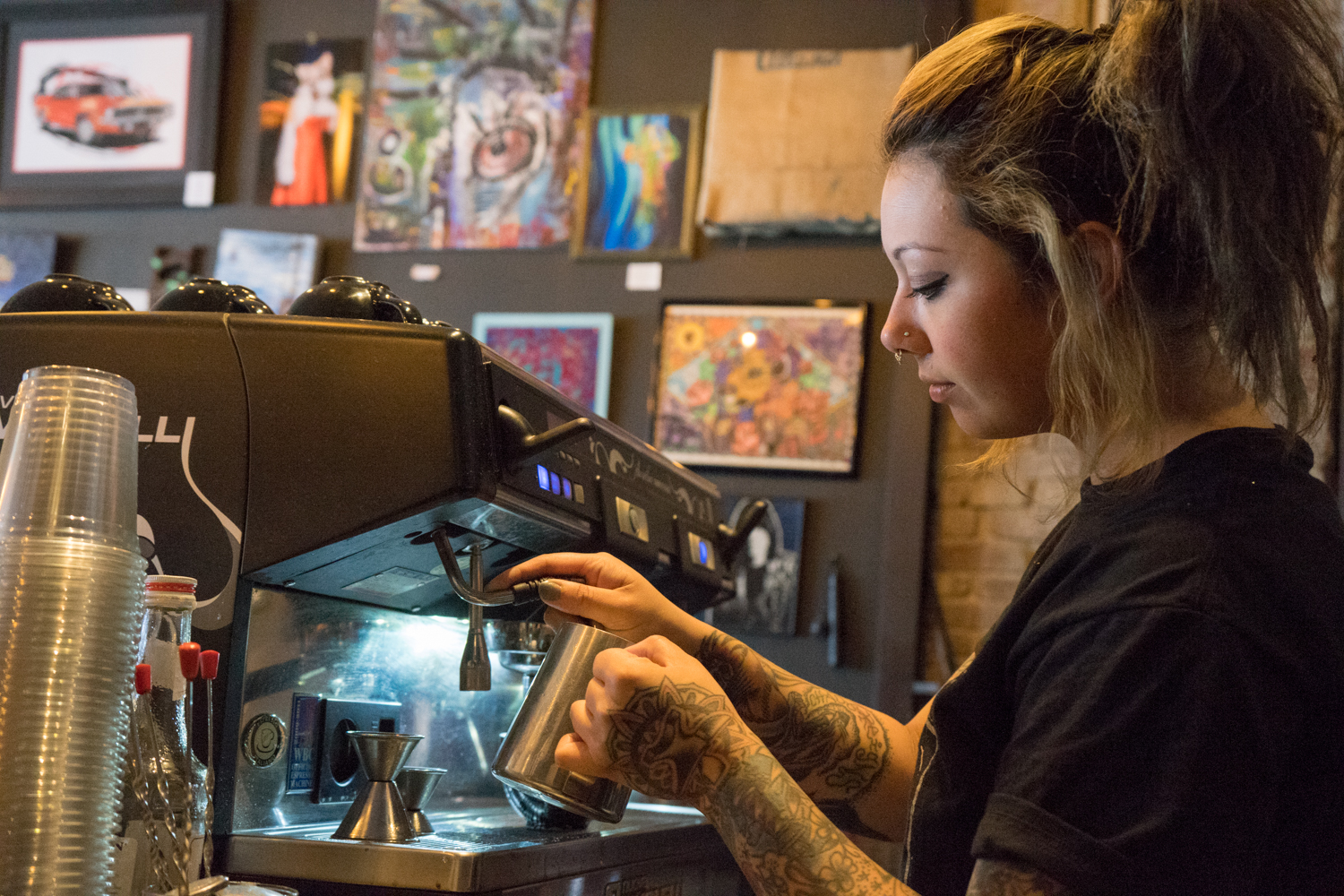 “Going forward we will be consolidating our efforts into our McKees Rocks location and we have some killer things lined up for you there in the upcoming months,” owner Ashley Corts wrote in a social media post.

Lawrenceville’s Driftwood Oven, a James Beard-nominated restaurant and sourdough bakery, is now the primary provider of pastries and other food at Commonplace Coffee’s Pittsburgh café locations.

“This collaboration, like many partnerships or relationships that we find ourselves in, grew organically from being in the foodservice industry,” says Neil Blazin, owner and co-founder of Driftwood Oven.

While many items will mimic Commonplace’s previous menu, there will also be new offerings, as well as exclusive products. Patrons can look forward to chocolate croissants, a turkey club sandwich, mixed greens salad, and the Commonplace Roll, a twist on the classic cinnamon roll, featuring a Commonplace Coffee-infused glaze.

Most food and pastry items will feature sourdough, a defining aspect of the Driftwood Oven bakery that is as delicious as it is unique.

“This is a big shift for us, but working with the team at Driftwood Oven over the past few months to create a menu that we’re both excited about has been an awesome experience. They’re a dedicated and talented group of bakers, and I know our guests are going to love what they’ve created for our shops,” says Robert Chaffin, director of operations for Commonplace Coffee.