Ritual House, a restaurant offering elevated American cuisine, international eats and craft cocktails, is opening Downtown in the historic Union Trust Building, with some seasoned veterans at the helm.

Owners include chef Ricky Kirsop and his wife, Michelle Kirsop, who opened Coast & Main Seafood and Chophouse in Monroeville in 2018. The couple is joined by Herky Pollock, a tireless restaurateur and CBRE executive vice president.

Michelle Kirsop has spent her management career in Pittsburgh’s most prestigious restaurants, including Monterey Bay Fish Grotto and McCormick & Schmick’s Seafood & Steaks. Ricky Kirsop is an award-winning chef who received classical training in the Pacific Northwest.

“Ultimately, we want consumers to make this part of their daily rituals: to eat with family and friends in a comfortable environment, to have excellent approachable food and craft cocktails, and to celebrate happy occasions,” Pollock says.

“This is an ideal opportunity to showcase our offerings in a world-class building,” Ricky Kirsop says. “We are immensely proud to bring our uniquely curated food to Pittsburgh, as we have worked our entire careers for this moment.” 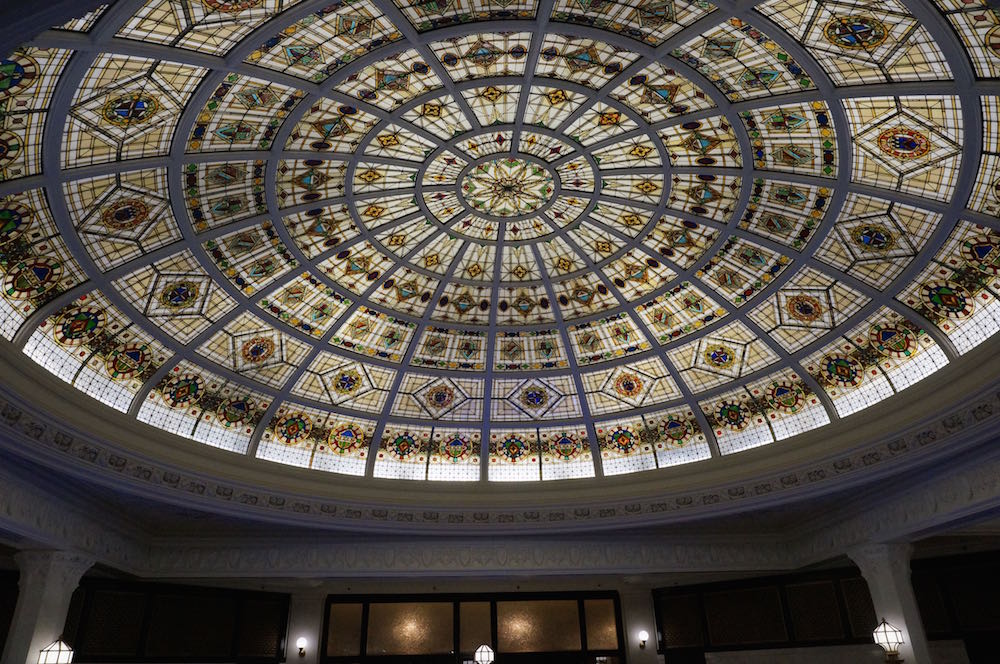 The breathtaking stained glass roof at the top of the 11-story atrium in the Union Trust Building. Photo by Maya Henry.

The landmark building was was designed by noted Pittsburgh architect Frederick J. Osterling. In 2014, The Davis Companies, a Boston developer with local roots, bought the Union Trust Building and invested $100 million in its restoration.

Originally developed by Henry Clay Frick and completed in 1917, the structure combines 21st-century infrastructure and functionality with historic significance and award-winning aesthetics.

According to Pollock, the décor at Ritual House will be “eclectic, approachable, quirky and comfortable.”

Jonathan Davis, founder and CEO of The Davis Companies, says Ritual House will “enhance our building’s reputation as a premiere food lover’s destination in Downtown Pittsburgh.”