For the last decade, Randy Gilson has been creator, curator, gardener and host at one of Pittsburgh’s most colorful and iconic houses: Randyland.

And on a recent hot summer afternoon, visitors from as far as Argentina and New Zealand came to check out the folk art paradise on the corner of Arch and Jacksonia Streets on the North Side. A typical day brings in 200 to 300 visitors—and Gilson is there to greet them. “Randyland is a dream,” he says as he rocks on a hot pink metal glider next to a table bedecked with mannequin heads. “But I knew I had to give her away someday.”

And that time draws near: in the next two to three years, “Randyland will be given away to the people of Pittsburgh as a cultural folk art museum,” says 58-year-old Gilson. “The mission statement will have to be something about curb art,” he says “because Randlyand has always been about curb—it’s in your face, not in a drawer.

“When I first bought this building on a credit card for $10,000, nobody wanted to live here. It was full of garbage and weeds, syringes, car parts and rusted things. 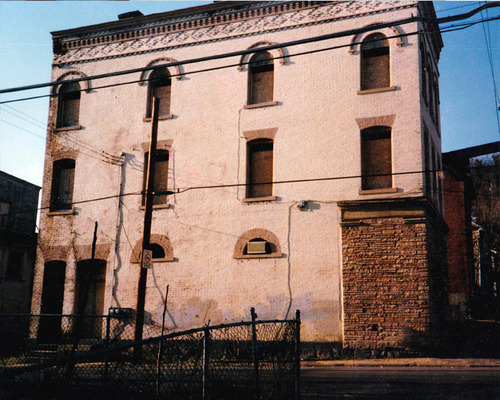 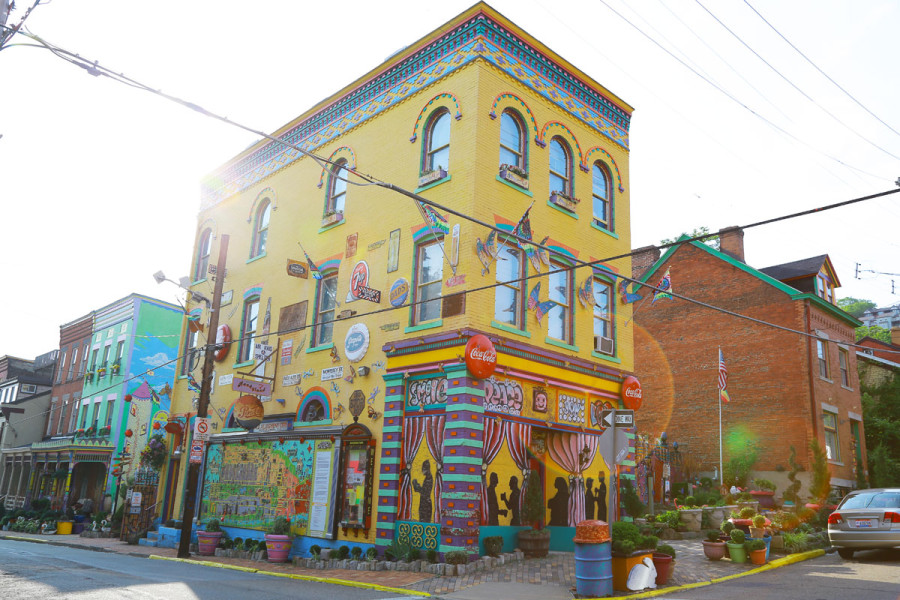 “By doing all my street art and making Randyland the way she became—a beautiful museum—now people are buying up houses for a half million to a million dollars and I can’t afford to keep her,” he says of his neighborhood. “The taxes are gonna kill me. Ninety cents of every dollar I earn as a waiter goes to Randyland—to feed her and water her and to keep her afloat.”

Gilson moved to the neighborhood in the early 1980s. He saw many vacant lots littered with trash, and he used his savings to buy whiskey barrels and plant them with flowers and shrubbery, “and that’s when the magic began to happen.” He called his project the Old Allegheny Garden Society. Over the next decade, he installed 800 gardens, 50 vegetable gardens and parks on the streets.

“Doing street art over those 20-some years taught me that recycling and repurposing teaches you to rethink,” he says. When Gilson learned that the Arch Street building would be torn down, he decided to buy it. His mindset was to make it into an outdoor art gallery by repurposing paint, wood and objects he found in the alleys.

And now, his Randlyand is “the center of huge, huge investment.”

“I’m like this little folk art museum in the middle of a very expensive community, so to protect Randyland, I wanted to make sure she will belong to all of us forever and ever and ever as a cultural designation for the art, theater, dance, musical and gardening circles,” he says. His vision? “Poetry, painting, drum circles, educational programs that will be used for all ages, all people for all passions.”

“Come this fall, I’m going to put my paintbrushes away and start doing research and move forward in the journey of finding who I need to talk to and finding who’s interested in getting on board.” One person that he has already spoken to about this is Mayor Peduto. Gilson envisions Randyland as an annex for all museums, “so the Children’s Museum, the Warhol, the Mattress Factory or the City of Asylum can come up and use it for an extra room for their programming.”

Randyland needs a business person, an administrator, says Gilson. “Whoever does it is going to be so happy because you will always have a million smiles here. You can’t say that about a lot of jobs.”

“I will still be the voice, the face, one of the activities directors here. I’ll be able to come back and paint and talk. I’ll be here—just not all the time.”

As one visitor walks away, she calls out, “You made my day.”

“Thank you for the wonderful smiles,” replies Gilson.