Tyler Trimbur, 24, a sales manager in Butler County was having a bad day. He was browsing through a Facebook group he frequented—a virtual flea market where people post items for sale. On a whim, he decided to post something for free. A smile. “In less than a few hours the photo received hundreds of likes and comments, people posted their own smiles and why they are smiling,” says Trimbur.

Unfortunately, the group administrators wrote Trimbur that they needed to take the photo down because it wasn’t in keeping with what the site’s purpose.

Trimbur was not deterred. “I saw what a big difference that photo of a smile made with many people and how many people wanted to share their happiness. So I decided to start my own group.”

That was June 16th. And testament to the fact that a smile is infectious, in less than two months, Trimbur’s Facebook group called Smile Movement 🙂 Worldwide–yes that’s with a smiley emoticon—had 80,000 members, many of them posting smiles of their own, sharing with the world what makes them smile.

Tyler Trimbur’s smiling selfie has created a worldwide movement that is growing everyday. Skeptic? According to Scientific American, there is science behind it. In fact, sharing smiles and looking at smiles when we are feeling down makes us happier. Maybe taking that smiling selfie has nothing to do with vanity at all—maybe it’s our survival instinct kicking in. According to Charles Darwin, “The free expression by outward signs of an emotion intensi­fies it.”

In the same article, Psychologist Michael Lewis says, “It would appear that the way we feel emotions isn’t just restricted to our brain—there are parts of our bodies that help and reinforce the feelings we’re having. It’s like a feedback loop.”

Hence, Trimbur’s smile launched 80,000 more. Browsing through the site, one can’t help but feel happier. Many of the stories are about triumphs of the spirit, victories in adversity or love stories that have stood the test of time. Even the most jaded won’t stand a chance.

“This movement has changed me as a person. People send me messages all the time, about how the site has significantly impacted their mood, their day, their lives. Seeing the reason for everyone else’s smile—you really can’t help but smile back,” says Trimbur.

Having a bad day? Or maybe make that great day even better? Check out some of the smiles below. And maybe visit the group, post your own and make someone else’s day. 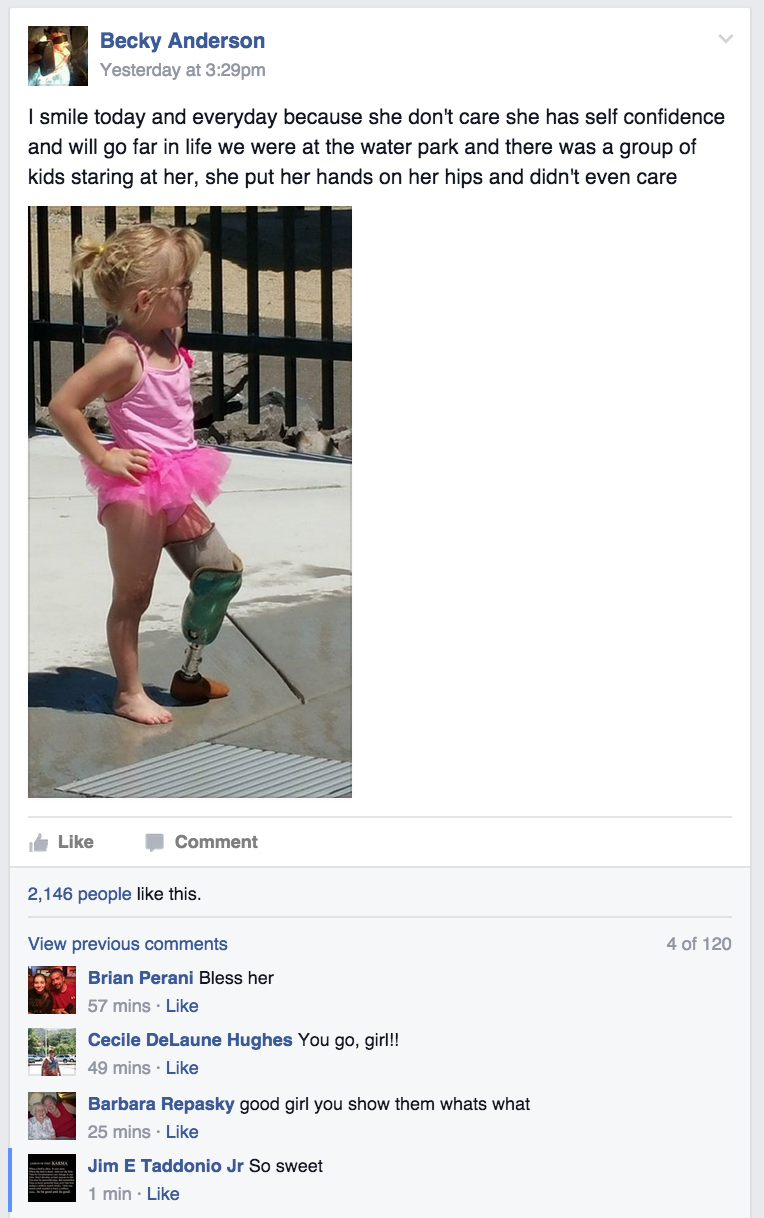 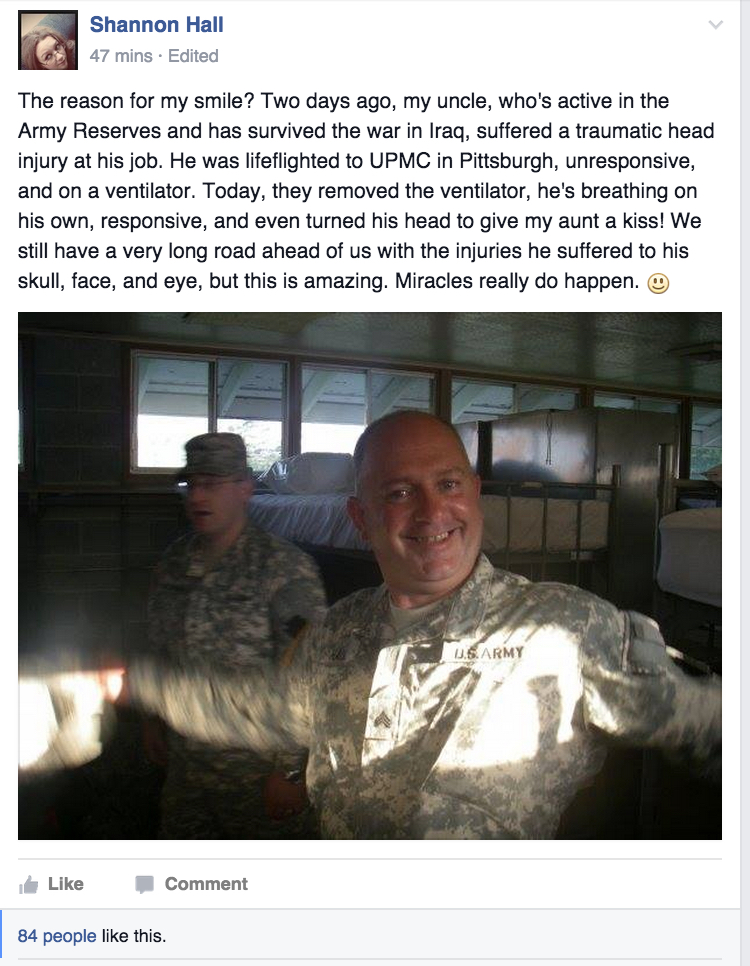 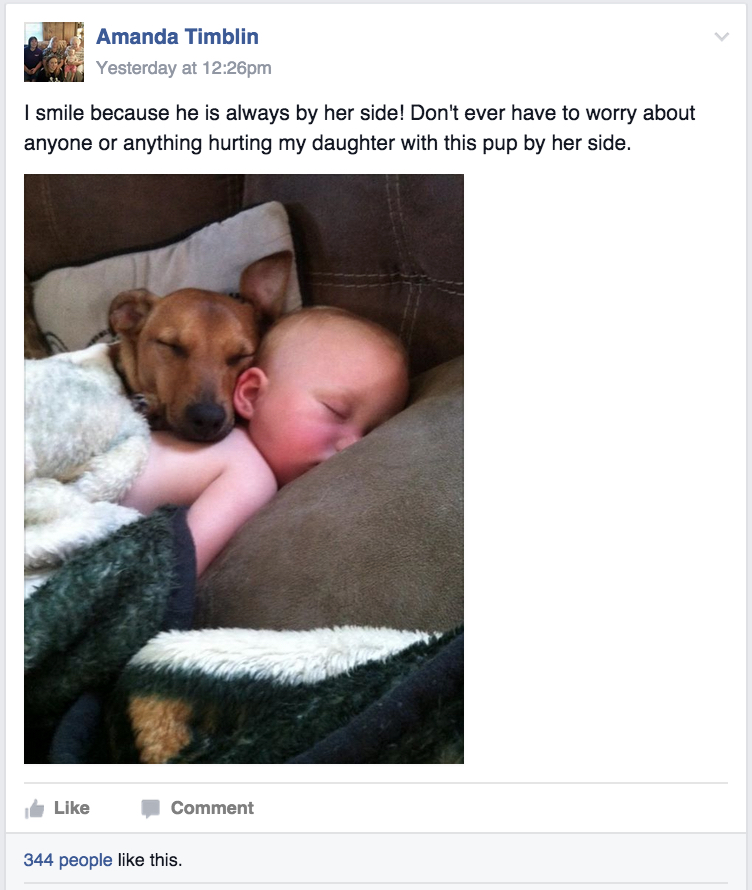 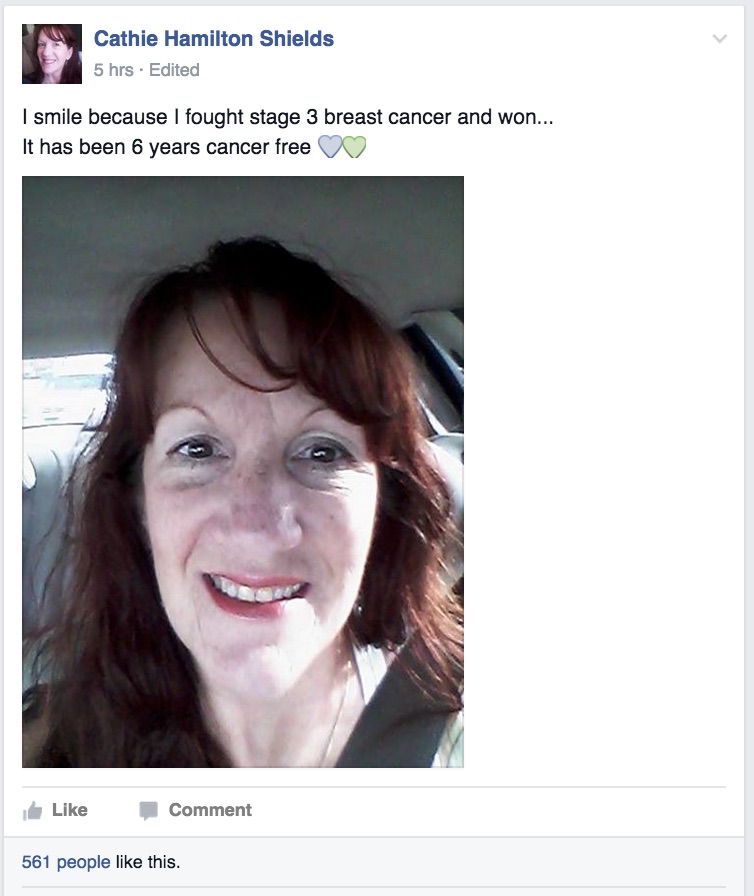 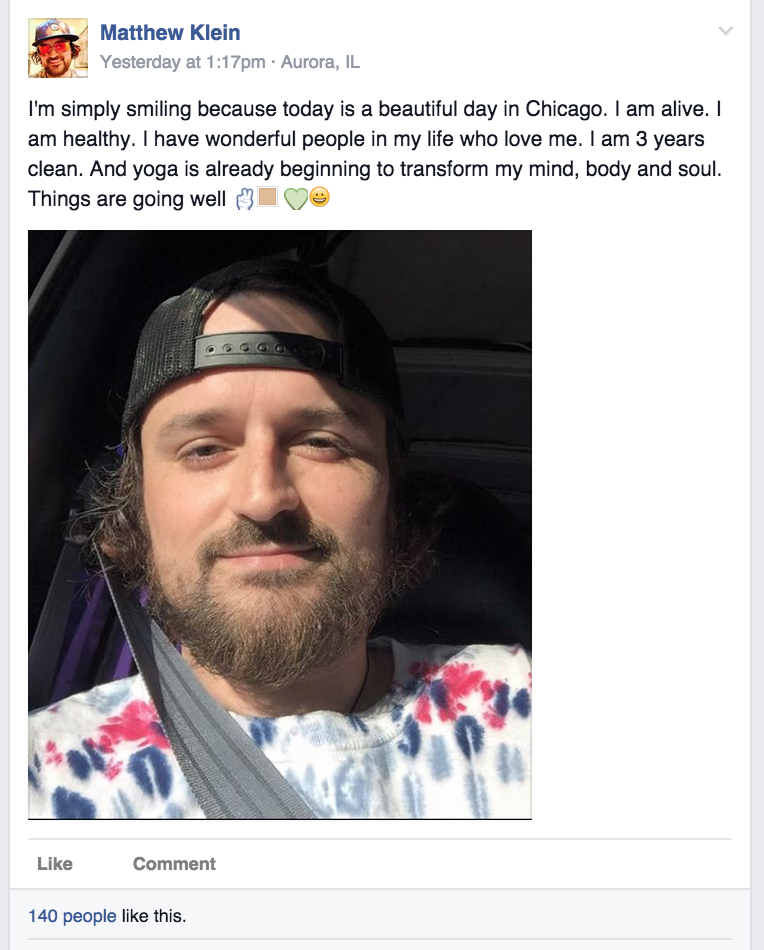