When the weather warms up, step outside! Pittsburgh has more than 800 city staircases (depending on who is doing the counting), the most in the U.S.

That attracted the attention of Governing, a publication that provides news, analysis and insights for people leading America’s states and localities. The usually wonky publication features our town’s steep thoroughfares in a recent article. 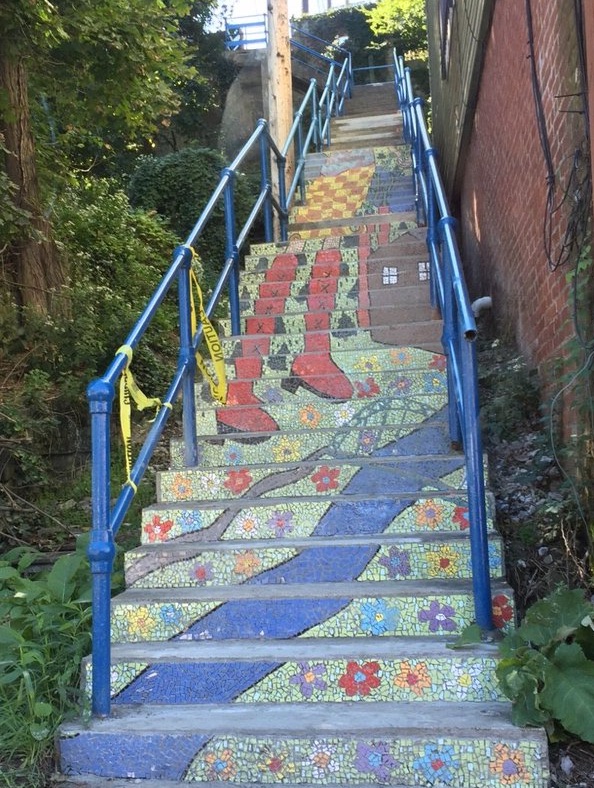 The story delves into the history of the stair network and talks about Pittsburgh’s efforts to save these quirky, often crumbling, industrial-era relics.

The insights from Pittsburghers who have made the steps their passion may surprise you.

Bob Regan, who moved to Pittsburgh 30 years ago, discovered the city had no documentation about the city steps so took it upon himself and literally wrote the book on them, “The Steps of Pittsburgh: Portrait of a City.” He shared his research and information with the city, which prompted an official survey of the steps.

Then there is Laura Zurowski, who is visiting every set of steps in the city with a Polaroid camera and notebooks, documenting her project online.

Originally built to give factory workers an easy commute (at least on the way down), city steps remain popular shortcuts, a fun group or solo activity and a healthier, more environmentally friendly method of transportation than driving.

With soaring gas prices, it’s cheaper to put some miles on your shoes than on your car.