PNC unveiled its new Downtown Pittsburgh headquarters on Thursday, a $400 million glass tower built to be environmentally-friendly down to the smallest detail, from its double-skinned exterior facade, to the hand dryers in the restrooms. The Beacon serves as a work of art as well as a barometer of how the building is using energy.

“It’s an amazing thing to raise a building from the ground up, to change a city’s skyline,” PNC chief executive officer William Demchak said in his welcoming remarks to a group of local officials and media. The “crown jewel” of PNC’s sustainability initiatives, as Demchak calls it, sits near the corner of Fifth and Jim Rohr Way (formerly Wood St.), and the company claims the Tower at PNC is 50 percent more energy efficient than similar buildings. Its construction took close to five years.

The 33-story skyscraper achieved platinum status from the Leadership in Energy and Environmental Design (LEED) and bills the tower as the greenest office building in the world. The tower has a solar chimney which uses solar power to help ventilate the structure, a water recycling system that collects and reuses stormwater, and windows that open to allow fresh air inside, even on its upper floors.

Demchak says the completion of the Tower increases PNC’s footprint in Pittsburgh to nearly 4 million square feet, and demonstrates the company’s committment to the city: “We believe in Downtown Pittsburgh.” The multi-floor to ceiling glass makes for dramatic space and outstanding views.

He also praised the man who preceded him as PNC’s CEO, Jim Rohr, for whom the building’s auditorium is named. “Jim led PNC down the path of green building,” Demchak said.

In addition to its green construction, soaring floor-to-ceiling windows on the building’s 28th floor provide impressive views not only of Pittsburgh’s skyline, but of all three rivers. “You can see clear to Sewickley,” said one observer. And in its lobby, a massive cone-shaped installation called the Beacon serves as both a piece of artwork and a kind of barometer for the building’s “mood,” says Gideon D’Arcangelo of ESI Design, the firm that designed it.

“We wanted to create something that communicated information about the building,” D’Arcangelo says, rather than a static piece of artwork. He calls the Beacon a representation of the building’s heartbeat. Its liquid crystal panels each contain LED lights that change color based on the building’s “mood,” that is, how it’s conserving and using energy, as it communicates with the building’s other data systems.

PNC Tower was designed by architecture and design firm Gensler and built by local contractor PJ Dick, Inc. Others on the project team include Seattle-based sustainability consultant Paladino & Company and engineering firm BuroHappold along with design firm ESI Design.

The building will eventually have 2,200 PNC employees in its offices and cubicles, most of whom will begin moving in over the coming months. It should be fully occupied in January.  Photos by Tracy Certo. 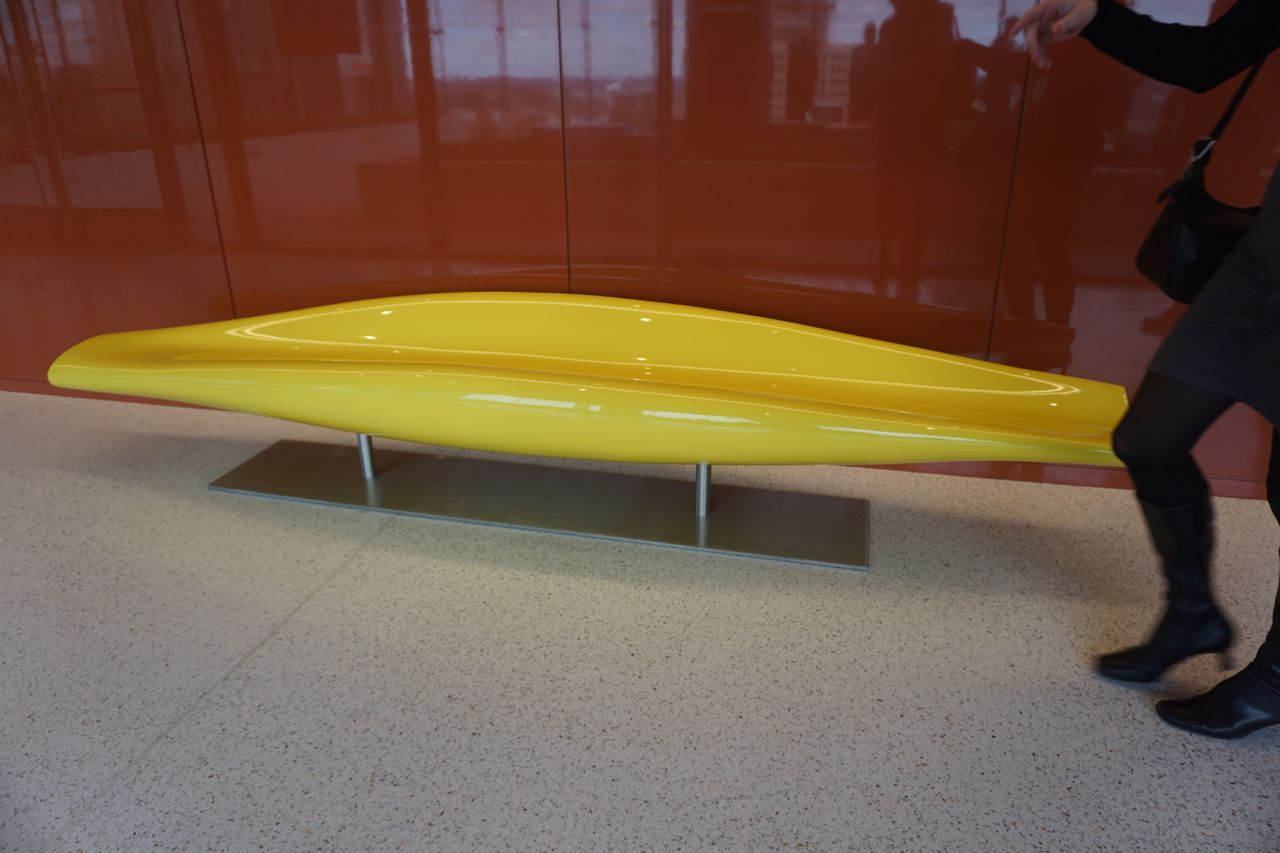 Stirking art is featured throughout the building. This is from Italy, acquired by PNC’s Gary Saulson during vacation. 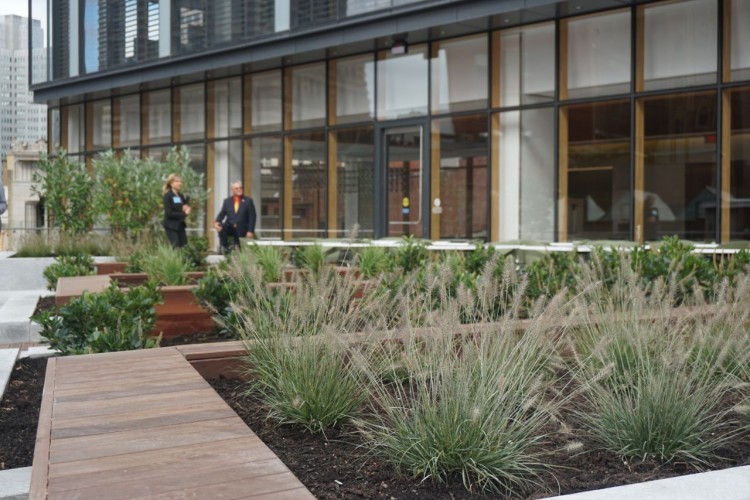 The terrace features natural plantings throughout. 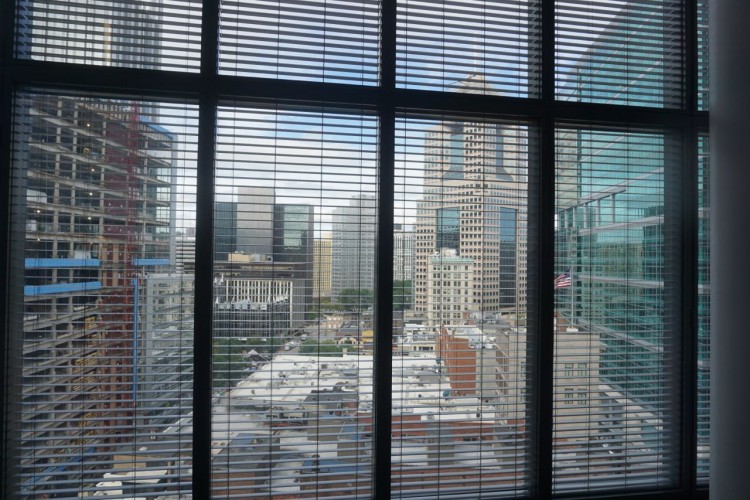 Views of the city on every floor. 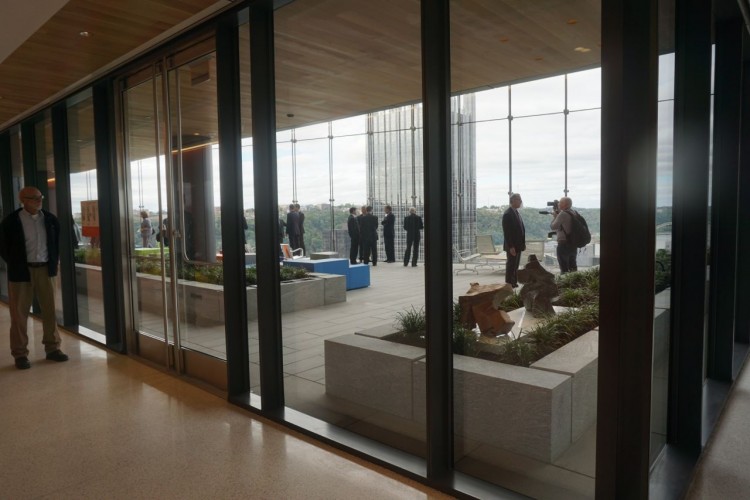 Looking into the Park on 28 with its five story windows. 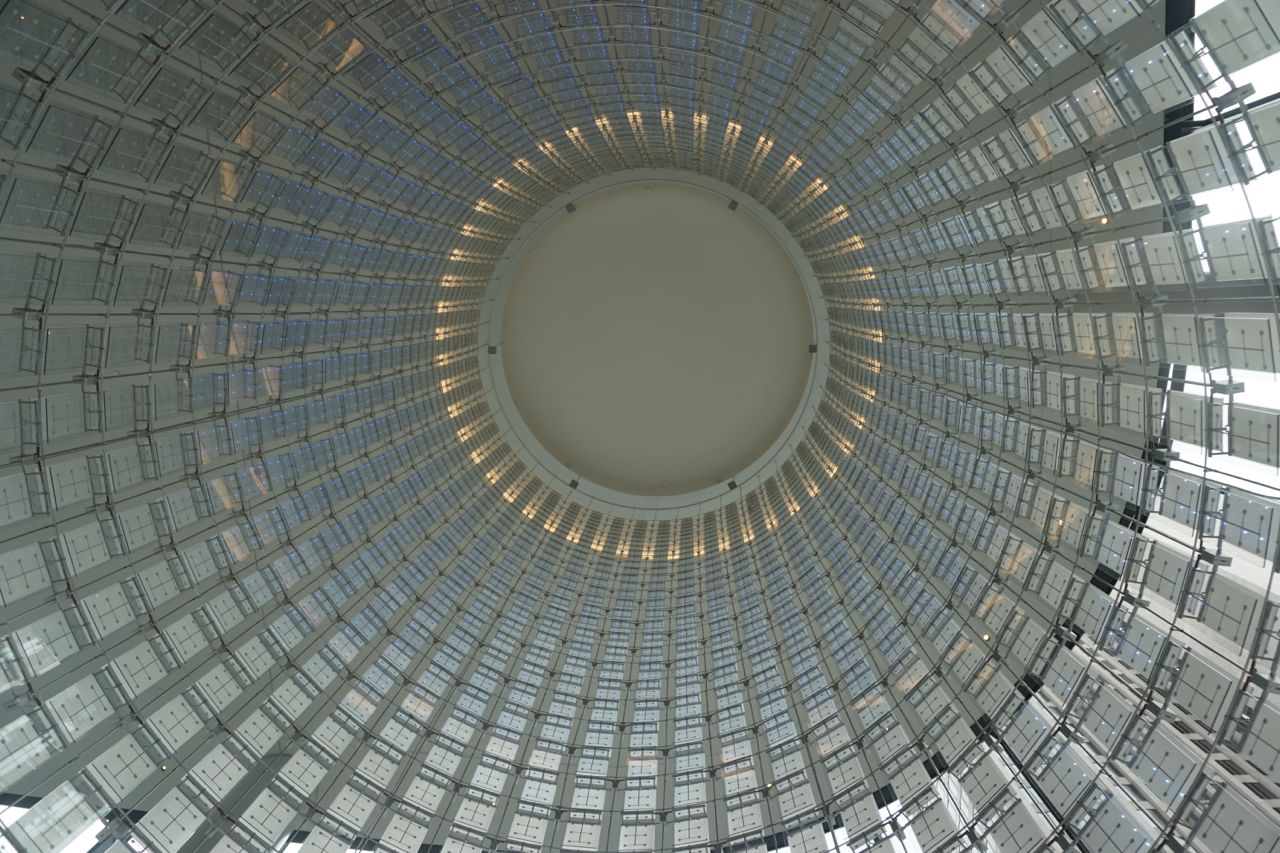 Looking up into the Beacon at the new Tower at PNC. Listen closely! 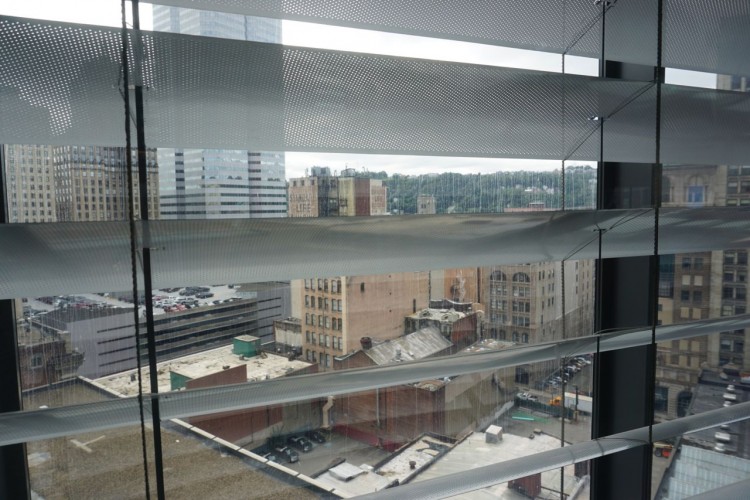 Perforated, automatic blinds allow for controlled sunlight and views even when they’re closed. 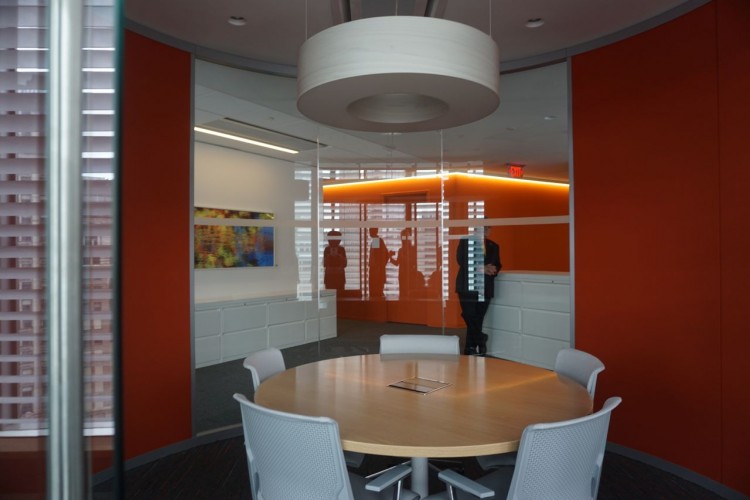 The lighting is calibrated for optimal working conditions. 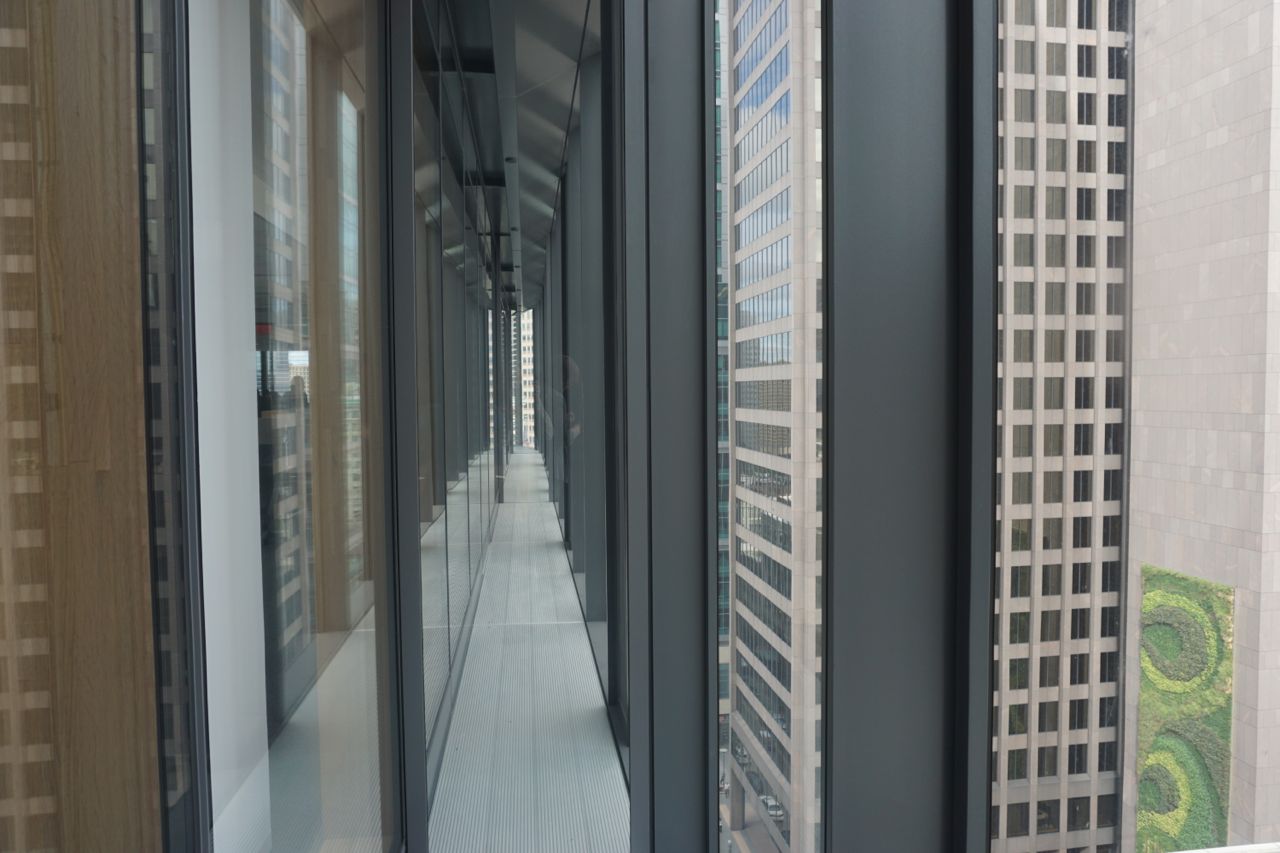 The cavity between the dual-skin facade allows for better insulation and makes a good place for private phone calls. 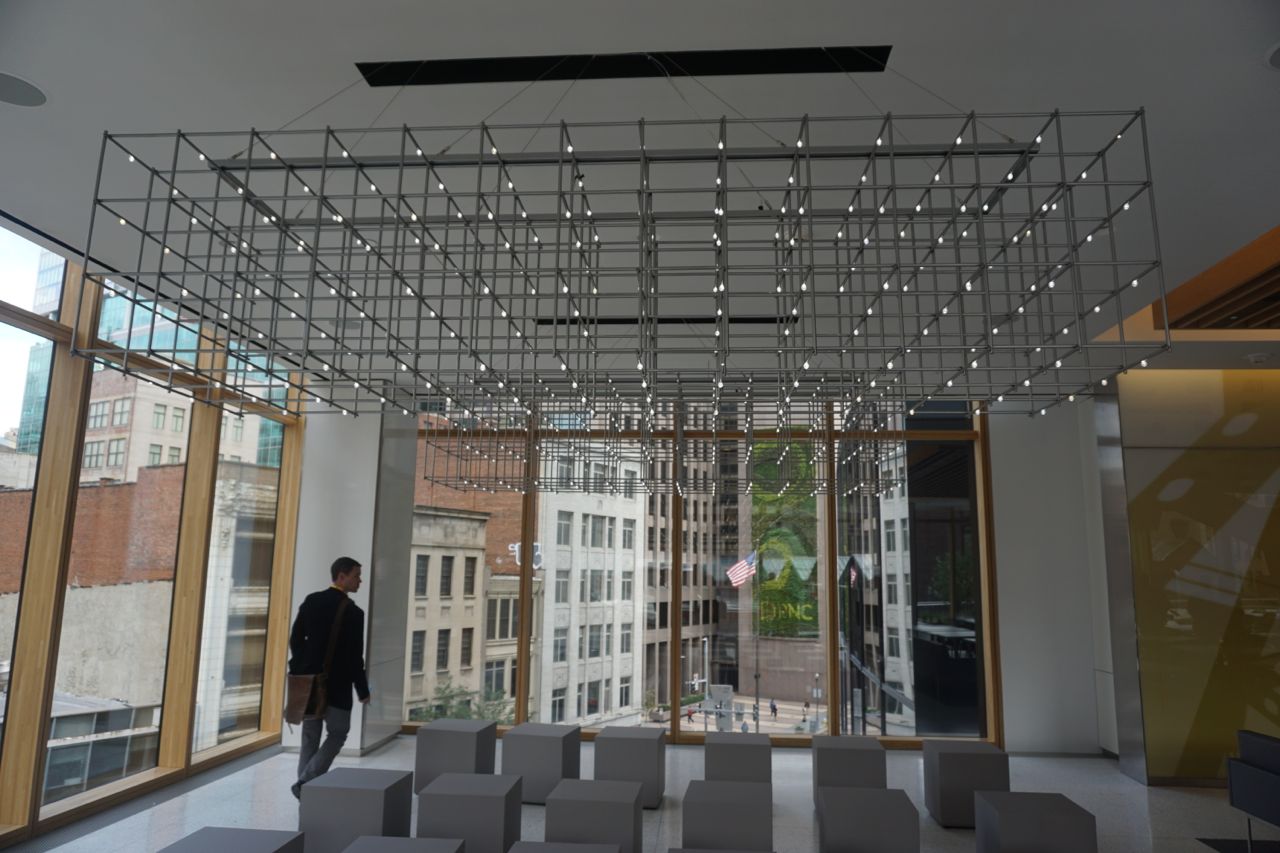 Artistic lighting outside the cafeteria. 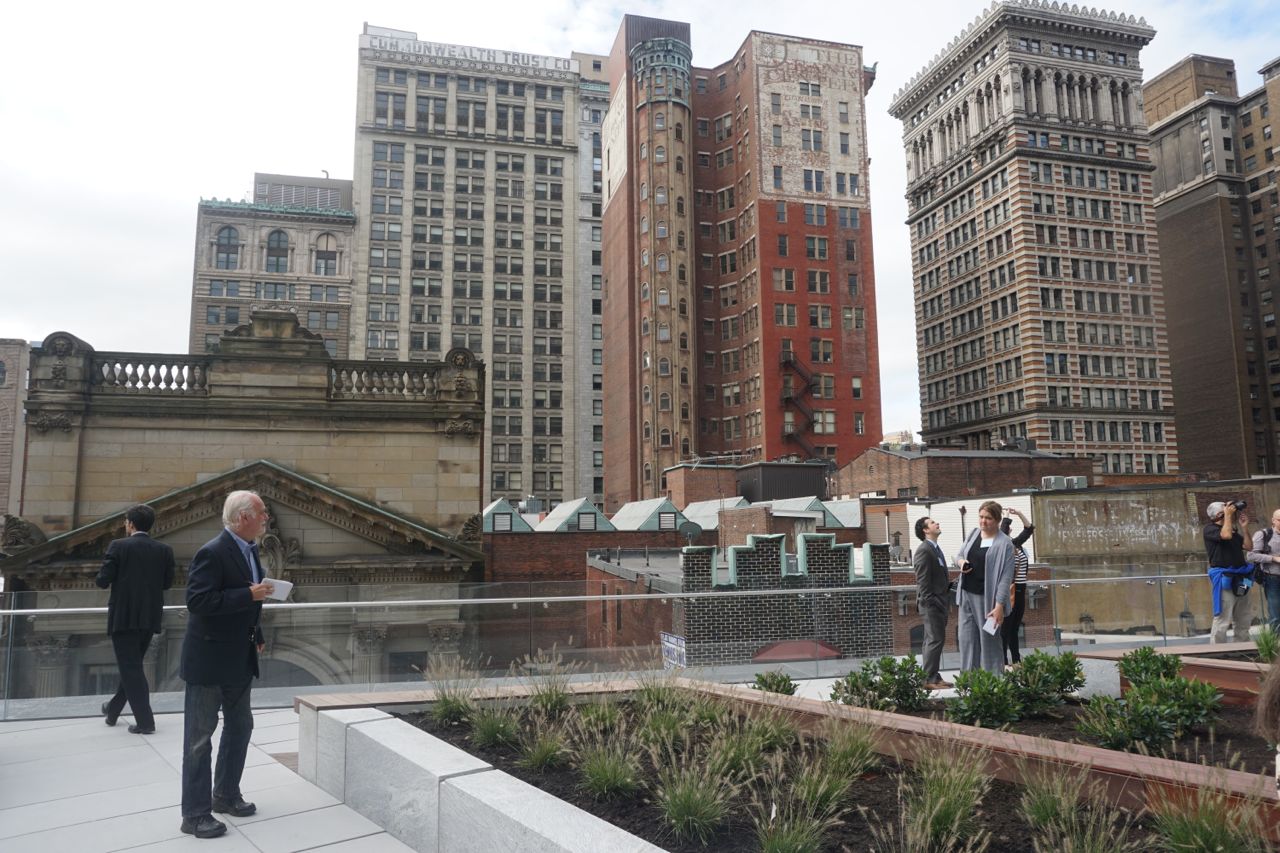 Greenery and urban views on the terrace. 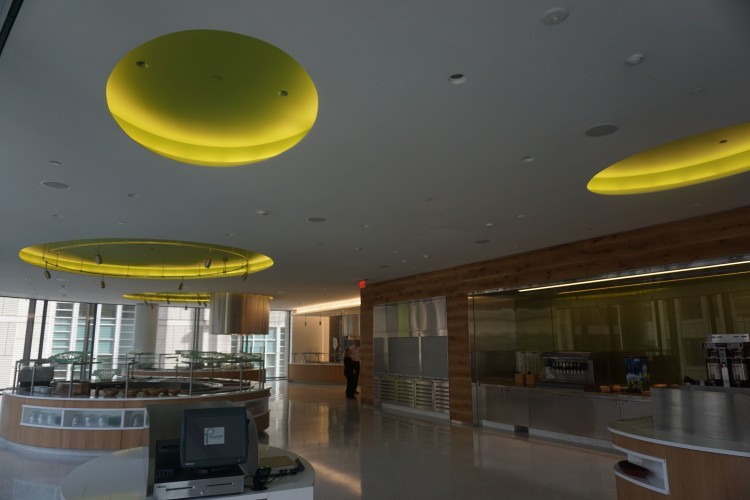 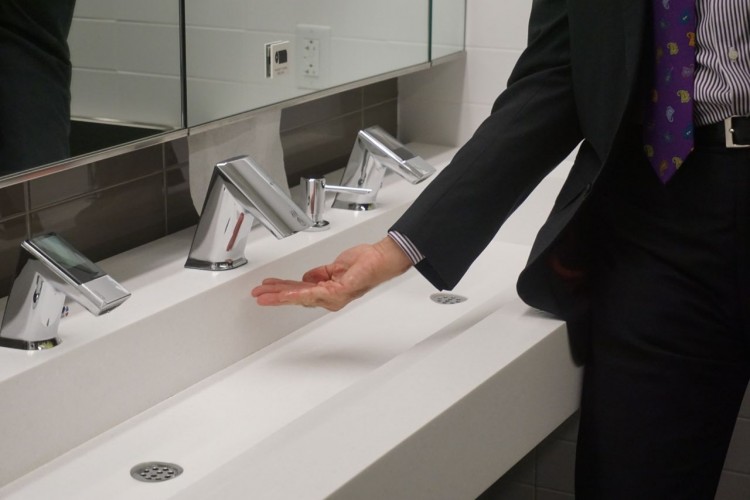 Each sink features a hand dryer in the faucet for a no-drip experience and a cleaner sink area. 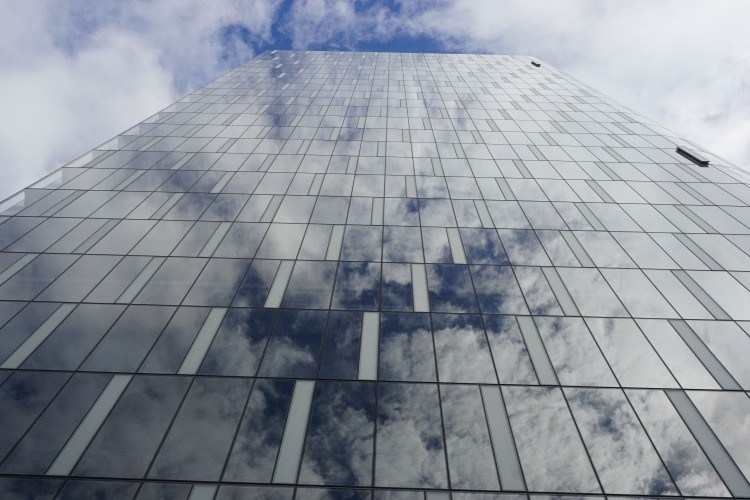