Pittsburgh has a lot of great restaurants trying very hard to figure out how to exist in the middle of a pandemic. Quite a few have turned to takeout as a way to keep the lights on.

Here are some of our favorites:

Con Alma, Shadyside
Oh, how I wish this jazz club were open, and we could congregate there safely. They are, however, absolutely making the best of it — and, it’s worth remembering — this place has fantastic food, now available for takeout. Like the Dizzy Gillespie tune it’s named for, Con Alma bops along to its own Latin-inflected rhythm, touching on the cooking styles of several Caribbean nations: Chicken Empanadas, Lechon Asado (Cuban slow-roasted pork with garlic mojo) and even a Jerk Chicken Taco Dinner with mango chutney, plantain chips and guacamole. Con Alma also live-streams concerts at 7 p.m. Fri.-Sat., and on Sundays, feature a “Live Social Distance Duo” playing music on the sidewalk for those stopping by for takeout. 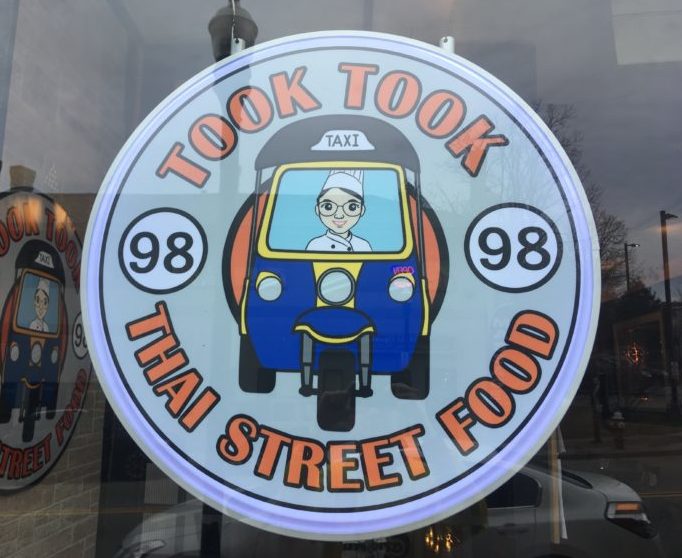 Took Took 98, Squirrel Hill
Took Took 98 specializes in Thai street food, and was mostly takeout to begin with, so the recent changes haven’t been that drastic. They don’t have a problem making the food incredibly hot — so just be aware that fiery flavor is an option. You can get strong renditions of all the basics, like Pad See Ew and Massaman Curry, as well as some unique things like deep-fried marinated Pork Jerky and Kang Som Dynamite and Sour Curry with papaya and fish (this is a hot one). Pad Kee Mao with egg, black pepper, flat noodles and garlic sauce is another favorite.

Wild Rosemary, South Hills
Let’s face it. This tiny gem of a restaurant tucked deep into the South Hills is hard to get reservations for in the best of times. But now you can order ahead for a pickup feast of a meal when you really need a lift. The menu changes weekly but we should note that we have never had a less than exceptional meal here. This past week that included half a dozen or so entrees such as Veal Scallopini with charred tomatoes and roasted garlic wine sauce with brie ($36) and grilled scallops over fettuccine with creme fraiche, white wine and roasted tomatoes ($35). You could wait for a special occasion or think: it’s a pandemic. What am I waiting for?  (TC)

Atria’s, multiple locations
Atria’s has four locations throughout the Burgh where they’re open for curbside pickup. We know of at least one NEXTpittsburgh reader who swears by their meal-sized (chicken or salmon) chopped salads which she has for dinner — and then lunch the next day. Works for us. Atria’s offers a good variety, from their popular burgers to Bourbon Maple Glazed Pot Roast to crab cake sandwiches to pot pies.

Lorelei, East Liberty
Lorelei, the stellar beer hall in East Liberty, has made a transition to one of the city’s most unusual and original hot dog and sandwich shops, with food available for pickup. There’s the Korean Dog with vegan kimchi, gochujang and crushed peanuts, and the Cologne-fornia, a German/Cali concoction with beer cheese, avocado and pico de gallo on a pretzel bun. The Auto-Banh Mi is a Vietnamese hoagie featuring pickled carrots and radishes and sriracha mayo. Their latest addition is a tribute to Pittsburgh’s champion of all hot dogs — the Sebak’s Carolina Dog — is a Smith’s natural casing dog (made in Erie) with yellow mustard, Southern chili sauce and onion-heavy chopped slaw. Lorelei is known for their amazing desserts, like the Linzer Tart with raspberry and hazelnut, and Black Forest Cake. They also have wine for pickup.

Threadbare Cider House, Spring Garden
Though their cider is obviously the main draw, Threadbare also features some of Pittsburgh’s best pizzas. They’re offering Pizza + Cider Drive Thru Pickup Thurs.-Sat. You can choose from classics like Pepperoni and Three Cheese, or the Meat Supreme with local pepperoni sausage, or the Spinach Artichoke with preserved lemon, roasted garlic cream and shaved provolone. Ciders include the pink-hued semi-dry Bouquet de Rose, the Farmhouse, a sweet and tart cider, and Perry the Pear, made with locally-grown pears and hints of honeysuckle, orange and apricot.

Wiener World, Downtown
This terrific no-frills hot dog shop Downtown is back in action for takeout, under the benevolent watchful gaze of Andrews Warhol and Carnegie. In addition to the required all-beef dogs and kielbasa, they also make great big, messy sandwiches, like the Patty Melt with an Angus burger on Texas toast, and Smoked Brisket on a pretzel roll.

Farmer x Baker, Aspinwall
While getting your recommended dosage of outside time in Aspinwall Riverfront Park, stop by Farmer x Baker for contactless pickup on Saturdays and Sundays. This tiny space made from an upcycled shipping container is already optimized for takeout, and is connected to the Root and Heart Farm, so everything is fresh, local and seasonal. Options include a half-dozen Organic Bagel Box, a Local Pasture-raised Chicken Salad with Organic House Focaccia or an Organic Local Asparagus or Ham & Cheese Farm Egg Quiche. They’ve even got “rollies”— organic pepperoni rolls — and sheets of lasagna with spring greens. 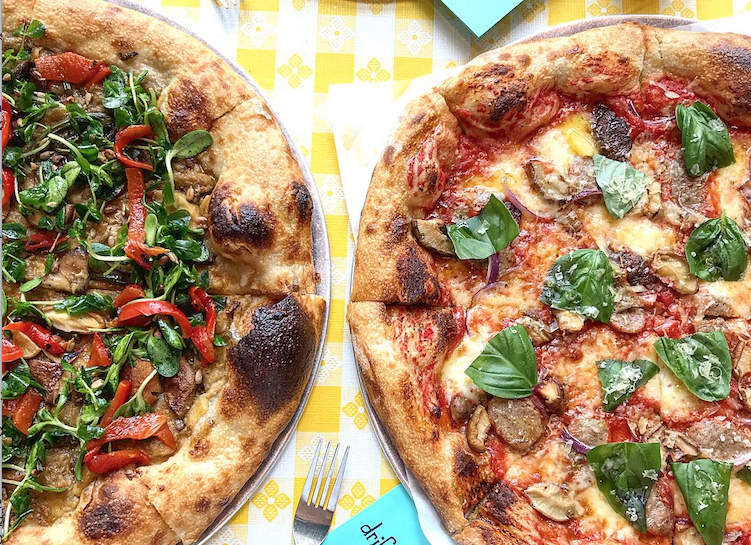 Driftwood Oven, Lawrenceville
Every neighborhood in Pittsburgh has its own favorite pizza spot (or three), but only this one has Neil Blazin, a James Beard Award semifinalist for Outstanding Pastry Chef. Everything in these sourdough pies is made from scratch, including the hand-stretched mozzarella. For mushroom fans, it gets no better than the Bianca Funghi, with shiitake mushrooms and herbed ricotta, mozzarella, provolone and a white wine shallot cream sauce. It’s easy to make friends with A Mason’s Best Friend, a specialty pie drizzled with marinara that features mortadella, spicy pickled peppers, ricotta and mozzarella. They’re open for takeout and selling beer to go as well.

Union Standard, Downtown
This Downtown fine dining giant may not be the most obvious candidate for takeout, but hey, these are strange times. The seasonal American cuisine here is always outstanding, and is now available for curbside takeout. You can get an entire Date Night Dinner, with two Braised Jamison Farm Lamb Shanks, root vegetables, polenta, New England Clam Chowder, potato bread, asparagus salad and Brown Butter & Sea Salt Chocolate Chip Cookies. There are also smaller things like a Rotisserie Chicken Pot Pie, Ricotta Gnocchi and the Union Standard Burger. 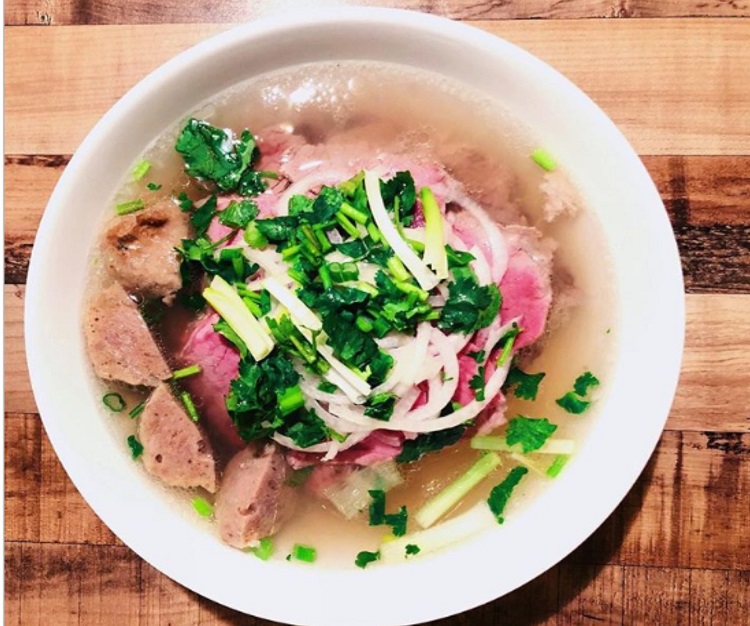 Two Sisters Vietnamese Kitchen, East Liberty
This cozy neighborhood spot was well on its way to becoming a diner-like neighborhood mainstay — though for the moment, it’s just takeout. But what takeout it is! Get the hot, nourishing Pho, with brisket, eye round beef and meatballs, or the Bun Bo Hue, a spicy lemongrass soup with beef brisket, beef shank and pork roll. It’s also great for vegetarians, with dishes like the C’om, featuring braised tofu served atop jasmine rice with tomatoes, pickled carrots and cauliflower.

Penn Avenue Fish Company, Strip District
Pittsburgh’s premier casual seafood spot does takeout wonderfully — offering everything from Fish Tacos (swordfish, salmon or tuna), to mussels, to a Rosemary Scallop Pizza. The sandwiches are the main draw here, like the Yellowfin Tuna Teriyaki on ciabatta, and the Broiled Cod Parmesan. They’re also pretty great when it comes to soup — seafood bisques, chowders and gumbos are made daily.

Stokes Grill, Ross Township
Food writer Kristy Locklin’s go-to for takeout in Ross Township is Stokes Grill for the best beer selection in the North Hills and really good food, including pretzel sandwiches (not a pretzel bun, mind you, but a real soft pretzel) and juicy burgers and homemade soup. (Note: She also loves Wheelfish for its great barbecue).

Got a standby takeout you want us to know about? Mention it in the comments below or write to us here.