This is a top 10 list you don’t want to be on: PennEnvironment’s updated ranking of Allegheny County’s Toxic Ten sources of air pollution, released today. And it has a new leader. ATI Flat Rolled Products in Brackenridge (formerly known as Allegheny Ludlum) is the worst air polluter in the county.

Pittsburgh’s struggles with its air quality have persisted long past its days as an industrial giant. In some cases, those sources of pollution have been the same for decades — No. 8, U.S. Steel’s Edgar Thomson Steel Works in Braddock, has been spewing carcinogens into the Mon Valley’s air since 1872. Others, however, have presented more of a moving target.

The environmental advocacy group PennEnvironment ranks these polluters with the expectation that, with sustained public pressure, they can be made to clean up their act.

Here is the list, in order from most toxic to least:

On a positive note, the list shows that progress is possible. The McConway & Torley Foundry in Lawrenceville has reduced emissions of chromium compounds by 90% and nickel compounds by 97%, and dropped out of the Toxic Ten this year.

“For years, neighborhood residents had raised concerns about emissions from these facilities,” says Zachary Barber of PennEnvironment. “As a result of that grassroots effort, and input from environmental advocates, the Allegheny County Health Department pushed for stronger limits that paved the way for these reductions. And they were able to do that, reaching a solution that both helped reduce pollution but didn’t require any production limits on the facility.”

The last time this list was released (using 2016 data), the Cheswick Power Plant in Springdale topped the list. It has since reduced its pollution levels to fall to No. 7 on the Toxic Ten list. In September, it will shut down permanently, as many coal-fired power plants have in recent years, due to competition from cheap natural gas and the falling cost of renewable energy. U.S. Steel also plans to retire the oldest, most polluting batteries at Clairton Coke Works, ranked as the third biggest polluter on the list.

“Closing the coal plant in Rachel Carson’s hometown will make the region’s air cleaner, as will retiring the most-polluting batteries at Clairton Coke Works,” says Barber. “But we aren’t out of the smoggy haze yet. Even with the closure of these batteries, Clairton Coke Works will still likely be one of the largest and most toxic polluters in Allegheny County.

“Local leaders must keep working diligently to reduce pollution from the Toxic Ten until residents have clean air to breathe every day of the year,” adds Barber. 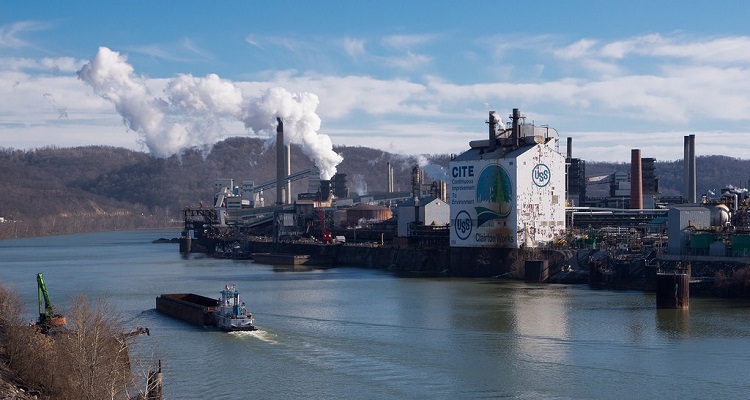 The top polluter, ATI Flat Rolled Products in Brackenridge, released more than 900 pounds of chromium compounds in 2019, more than every other emitter on the Toxic Ten combined. According to PennEnvironment, it has been the subject of more than 40 formal and informal clean air enforcement actions since 1990. More than 40,000 people live within three miles of the facility.

The pollutants tracked by PennEnvironment include chemicals such as benzene (a carcinogen), chromium (a carcinogen and respiratory irritant) and manganese (a neurotoxin).

The report was compiled using data from the EPA’s Toxic Release Inventory for facilities in Allegheny County in 2019. The pollution releases were weighted for their toxicity using the EPA’s Risk-Screening Environmental Indicators Hazard model. Each facility was then given a toxicity-weighted measure by PennEnvironment, giving it the ability to compare different types of emissions.

PennEnvironment calls on county leaders to take four steps to reduce pollution from the Toxic Ten. The first is to set stronger, health-based emissions limits. Then, it’s calling for an increase in Clean Air Act permitting fees, which fund the county’s Air Quality Program, to “ensure local polluters are paying their fair share.” The group also recommends increasing fines for illegal pollution and “shutting down facilities that can’t obey the law.” Finally, it wants so-called fenceline monitoring equipment for pollutants such as benzene, to quickly identify when a facility exceeds its pollution permits. 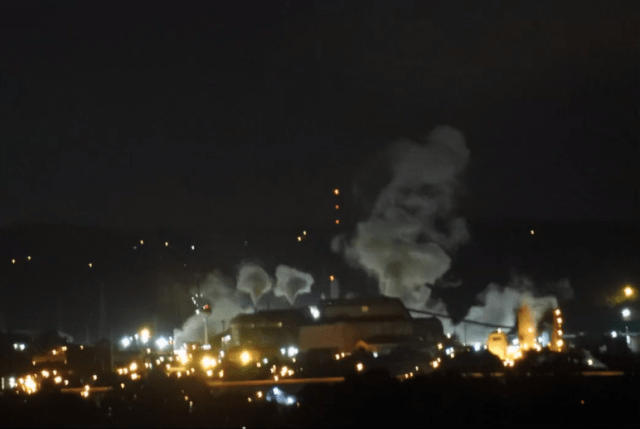 Pittsburgh City Councilperson Erika Strassburger responded to the report, noting that our region has benefited from heavy industry for a long time.

“And because of that history, we have come to believe that in order to grow our economy, we have to suffer the effects of pollution as an effect of that economic growth,” she says.

“No one is cheering the loss of jobs when these power plants or these steel plants close. We all want everyone to have good-paying jobs, but the fact that the companies themselves — with the exception of some of them, like the success story in Lawrenceville — are not investing in their workers’ health and the community’s health tells you that we need a major shift,” says Strassburger.

She called on all levels of government to tighten up their regulations and the enforcement, “so that the people in Clairton, the people in Braddock, can breathe a little bit easier.”