Just as we were about to publish this story about restaurant rows in mid-March of 2020, we went into coronavirus lockdown. And so we waited. And waited. And here we are 13 months later and a lot has changed.

The majority of restaurants have reopened with outdoor dining, distanced tables, capacity limits and other restrictions reshaping our culinary experiences. Of course, not everyone made it back — and for those that found a way to survive, it’s been an unbelievably long, stressful time. With that in mind, please support these many local and much-loved places (even if you still prefer takeout). Plus, plenty of new restaurants opened in 2020, despite everything, which is an amazing achievement.

The pandemic is still raging, of course, so take the appropriate precautions (wear a mask and get vaccinated!) and please note that some of these photos were taken pre-pandemic, sans masks.

Usually, the answer is simple — just go where the restaurants are.

That way, if the wait is too long at one, you’ve got others to choose from. In some cases, lots of others. There’s always a backup plan.

A good cluster of restaurants in a walkable neighborhood is an undeniable mark of vibrancy. It’s not the only piece of the puzzle when it comes to building strong main streets and commercial corridors, but nothing draws foot traffic like a street buzzing with popular places to eat.

Luckily, Pittsburgh has quite a few of these streets. Here are our choices for the strongest restaurant rows in the region, in descending order (it’s long but so was the pandemic). For our purposes, we’re defining restaurant row as a spot having one or two intersecting streets. 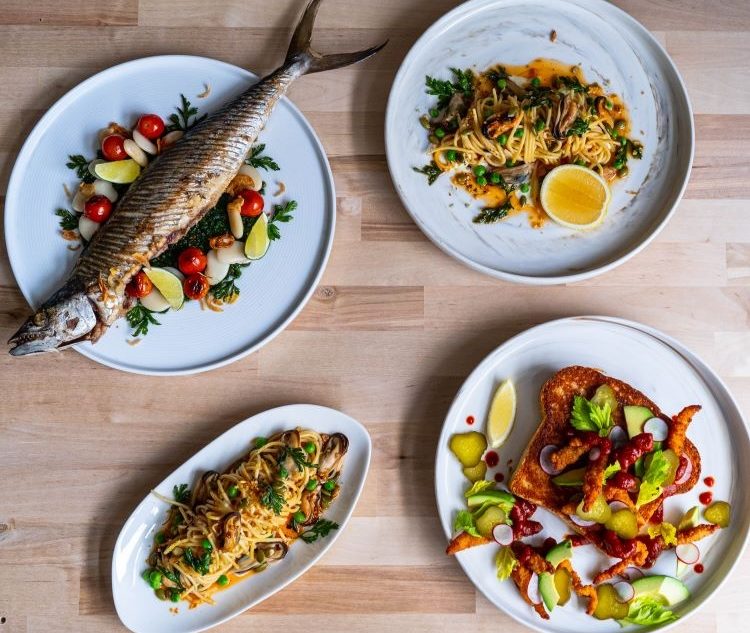 Butler Street wasn’t always like this. Like so much of Pittsburgh, there were some rough years following the demise of the steel industry and the concurrent flight to the suburbs.

In the past 10 years, though, it’s possible it has become the best place to eat in western PA. Consider: the elevated Spanish bar food of Morcilla, the classic French cooking of Poulet Bleu, the barbecue taco wizardry of Smoke, the expert ramen of Umami, the unbridled creativity of The Vandal and the meticulous pizza excellence of Driftwood Oven (featuring a James Beard Award semifinalist), to the conceptually-bold Bar Botanico. There are almost too many highlights to list. And there’s always something new in the works, like an outpost of the outstanding Millie’s Homemade Ice Cream.

The street’s success may be pricing out some of the weirdness that made Lawrenceville so unique (RIP Teddy Bear Hospital, House of the Dead, etc.). Still, it’s remarkable how few national chains have moved here to cash in. Butler Street still feels locally-owned — which we hope continues. 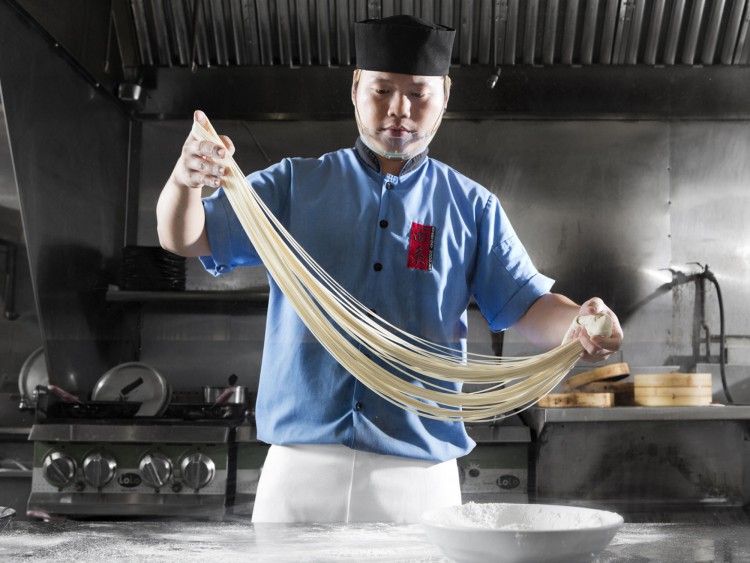 Squirrel Hill can apparently support infinite amounts of pizza, coffee, tea and noodles. That itself is probably enough. Of course, to live here, you also have to pick a side in the pizza wars — Mineo’s vs. Aiello’s — and argue about it for generations. (Full disclosure: Mineo’s guy here).

At some point, however, it became clear that Squirrel Hill could also support infinite amounts of Asian food. Kids born today are going to grow up arguing whether Everyday Noodles or Ramen Bar makes the best noodles. Meanwhile, great new spots keep opening, like Kiin Lao & Thai Eatery, one of our favorite new restaurants of 2019, serving fiery Lao food along with the expected Thai dishes. This incredibly diverse neighborhood (well, for Pittsburgh) also has a new Nigerian restaurant, African Cuisine.

A few of the neighborhood’s best restaurants (which happen to feature James Beard Award-nominated chefs) are just off the main drag of Forbes and Murray — Chengdu Gourmet is a few steps away on Forward Avenue, and the unbeatable bar/restaurant combo of Independent Brewing Company and Hidden Harbor wraps around onto Shady Avenue. But we won’t hold that against them. We should also mention Silk Road, right on Forbes, a “Thai tapas” and wine bar. 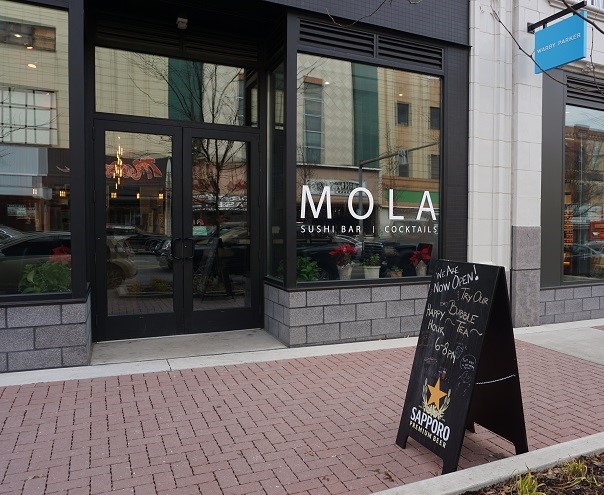 New fast-casual concepts, some very good, seem quite attracted to East Liberty. The Pittsburgh-based Indian spot Choolaah (technically on Centre Ave.), in particular, should take over the world in Chipotle-like fashion, while Honeygrow and SoFresh point to a healthier fast food future.

As less fast options go, Casbah has survived a brutally competitive environment (and a pandemic) for more than a decade and has managed to thrive. The new Mola is great for sushi and steamed buns, and Two Sisters is excellent for Vietnamese comfort food, especially pho. Noodlehead, as one might expect, is a bright spot for Thai noodle dishes. The original Millie’s Homemade Ice Cream is here, which is worth a dozen restaurants when summer rolls around. Lorelei is one of the best bars in town, with food to match. Beloved Regent Square breakfast/lunch specialists Square Cafe recently moved in.

This is a neighborhood in flux. Some of Pittsburgh’s absolute best restaurants — Pizza Taglio, Spoon, Dinette — have all closed here in the past year, along with better-burger mainstay BRGR. That combination could have been a deathblow to the neighborhood’s dining scene.

However, next month (if all goes as planned), the crew behind the successful Smallman and Federal Galleys will open a food hall with four mini-restaurants at nearby Bakery Square. It will also function as an incubator for aspiring restaurateurs, ranging from City Fresh Pasta to Somi, an Asian concept specializing in microgreens. Also, there’s a new concept called AVP from the reliably great big Burrito Restaurant Group, a play on their (excellent) Fox Chapel Italian/California wine country concept Alta Via, coming this fall. An outpost of Downtown’s experimental spot täkō is also planned for Bakery Square this year. 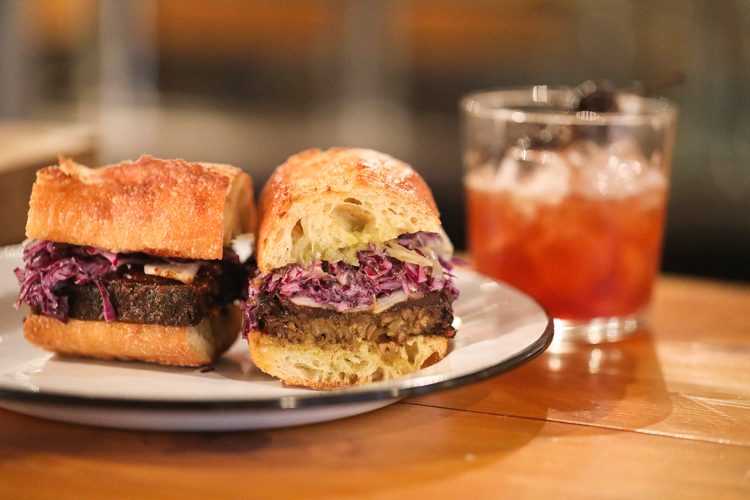 This exceptionally long street knits together a bunch of diverse, distinctive neighborhoods, and is probably better known for artists and small businesses than food. It does, however, include some of the best, from Fish Nor Fowl (which has not yet reopened, but seems like it plans to) and Spork on the East Liberty end, to the delicious paradox that is Apteka (vegan Polish food!) closer to Children’s Hospital.

Other highlights include the stylish Korean barroom of Soju, the ever-reliable Taste of India and Pho Minh, and another eternal contender for the city’s best pizza, Spak Bros. A recent addition is El Sabor Latin Kitchen on Penn which brought to life one of Pittsburgh’s most mysteriously long-vacant buildings.

Downtown dining is weird — dominated by high-end steakhouses and fast food — and not really confined to any particular streets. Market Square, for instance, doesn’t really play by the restaurant row rules. Plus, obviously, the work-from-home trends of the pandemic have been extra difficult, with fewer office workers to support what was a fast-growing restaurant scene.

Yet one of Pittsburgh’s best restaurants, the Argentine meat paradise Gaucho Parrilla Argentina, has moved to the old Six Penn Kitchen space and has been open for takeout, making this possibly the tastiest crossroads in the city. Sixth Street in the Cultural District also features some of the DeShantz culinary empire’s best:  Butcher and the Rye,  täkō, and the new gi-jin, a Japanese hand roll and gin bar, which might be the hottest ticket in town at the moment, judging by how hard it is to get a reservation. Meat & Potatoes is also nearby. As of last month, Meat & Potatoes and Butcher and the Rye were still closed but are expected to reopen sometime later this year.

Penn Avenue also has that great, rare Manhattan-like street wall effect — an urban canyon lined on both sides with tall buildings — making you feel like you’re actually in a big city. Bridges & Bourbon is one of the best places for cocktails and small plates in the city and Nicky’s Thai Kitchen is still one of Pittsburgh’s best Thai restaurants. The Eagle Food & Beer Hall is poised to open on Penn and Eighth — a giant fried chicken/Southern specialist, a concept that seems to be taking off everywhere right now. The same Ohio restaurant group also owns tacos/tequila spot Bakersfield further down Penn toward the Strip.

Meanwhile, the old Nine on Nine space is practically begging for an ambitious new restaurant tenant. 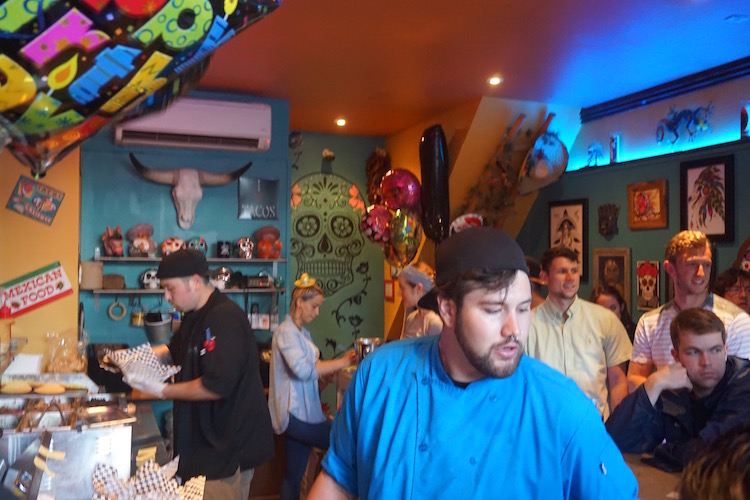 The extremely long East Carson Street gets points for walkability — it’s one of the city’s best pedestrian districts, with nearly everything you could possibly need, including great places to eat. It’s also got one of the biggest concentrations of bars found anywhere. So perhaps unsurprisingly, street food is a specialty here, with outstanding favorites from around the world at Streets on Carson (ahi tuna banh mi, arancini, steamed buns, pierogies) and tacos from Doce Taqueria.

Food from South and Central America is well represented on the South Side. La Palapa remains one of the city’s best Mexican restaurants. The Colombian Spot brings this lesser-known cuisine (seriously, try arepas first chance you get) to life brilliantly. And Cilantro & Ajo at the far end (toward Station Square) whips up superb, authentic Venezuelan street food at impressively low prices.

There are quite a few good sit-down restaurants, too, from the always creative Cafe du Jour and its oasis-like back patio to the new Bonfire and its terrific pizza to the seasonal Tuscan fare of Stagioni. Carmella’s Plates & Pints makes terrific elevated comfort food with a rustic, old school pub atmosphere.